RUMOR - FunkO cereal line to add Sonic to its lineup 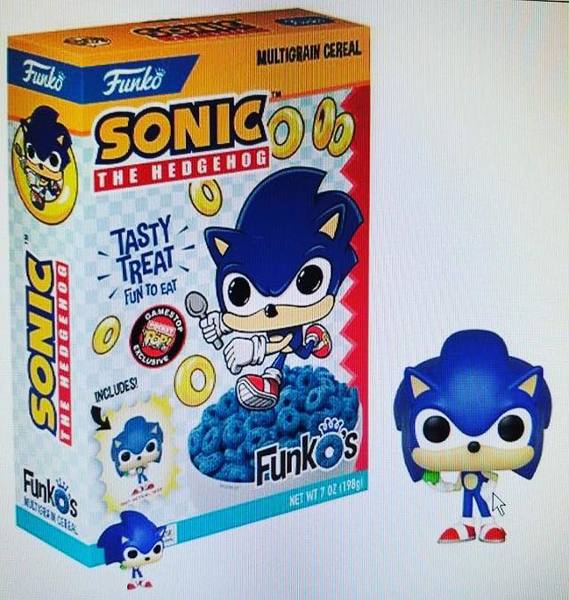 Funko started releasing special cereals for select Funko Pop figurines last year. The lineup consists of Pac-Man, Mega Man and Cuphead so far, and it seems Sonic is on the way as well.

While not confirmed by Funko yet, a GameStop leak gives us the image above. It certainly looks like the real deal, and Sonic is definitely a big enough character to warrant the cereal treatment. This box, so long as it follows along with previous FunkO cereal releases, will include edible cereal and a Sonic Funko Pop figurine.