Igarashi would return to Castlevania, if asked
04 June, 2019 by rawmeatcowboy | Comments: 9 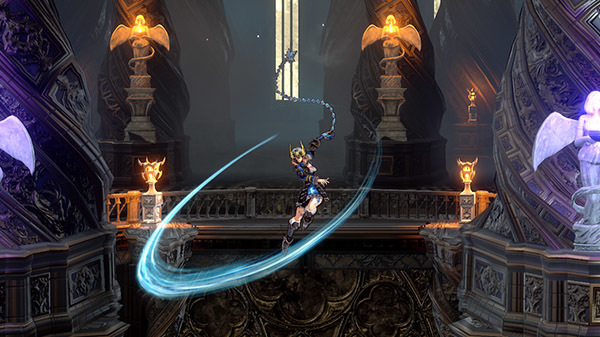 Bloodstained: Ritual of the Night is finally coming out later this month. Will it be worth the wait? We certainly hope so, and we'll all find out soon enough.

While we count down those final days, Gematsu sat down with Koji Igarashi to talk a bit more about the project. He covered a number of topics about Bloodstained, and even touched on Castlevania. Check out some snippets from the interview below.

On criticism the game received recently, which was addressed in the latest trailer

Igarashi: “Well, I feel like they had the right to say the things they said, so I apologize.”

Igarashi: “Including some time to get lost, it should take about 10 or more hours.”

On Bloodstained as a franchise

Igarashi: “...I hope Bloodstained will grow as a series. Not only games, but I’d be happy if there would ever be an anime or something.”

On unfinished work with Castlevania

Igarashi: “There are two episodes that we’ve implied but never finished. So I’d like to finish those. ...In Castlevania: Aria of Sorrow, we implied that Dracula was destroyed in 1999, but no one has yet to tell that story.”

What is the other game? Is it from on of the 3D games. Maybe one from Gameboy.

Maybe the other one's a game version of the Alucard/Maria radio play.

Or maybe he means whatever this was going to be. https://www.youtube.com/watch?v=c3u3oFjjiFo

Sigh...that 1999 game is the game everyone has wanted for so long. It'll never happen, but it would so amazing if it did.

i hope one day Konami make and release a game based in the 1999 battle that was teased in Castlevania Aria of Sorrow.

I'm up for that 1999 story to be told! But, as of right now... I'm just happy that Bloodstained is almost here!

Sooo, Igarashi is basically admitting that "Yeah, I got kicked off of Castlevania, so this is my B project for now until I get to go back....Please, Konami?????....."

That is a very uncharitable interpretation of his statement. Not least because A) they wouldn't allow him any input on Lords of Shadow, B) they refused to greenlight his 2D Castlevania pitches, and C) they shunted him off to work on mobile games where his talents were completely wasted, leading to his departure from Konami. It's not terribly surprising that he'd still like to return to a series he oversaw for almost fifteen years.

The whole franchise was rebooted. It's unlikely the old canon will ever be brought back. As far as Konami is concerned, that old timeline isn't relevant anymore.