A Pokemon Sword & Shield leak from two weeks back might have been legit, and there's more details to go over 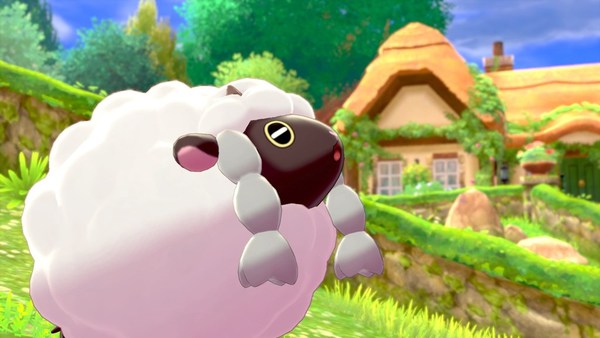 4Chan is a lot of things, and sometimes it's a place where legitimate game leaks are posted. We've seen it happen multiple times in the past, including full-on leaks of Nintendo's E3 plans. Of course, for every leak that's spot-on, there are plenty that are completely made up. Today we're looking at one that might be legit.

Roughly two weeks ago, a 4Chan posted shared a number of details on Pokemon Sword & Shield. People didn't think too much of it until today, when numerous details were proven true by the Pokemon Direct. We're talking about very specific details that were spot-on, such as your rival’s name, the researcher Sonia, Leon, the Dynamax mechanic, Wooloo, both legendaries, the Wild Area, the open world nature and weather system, and the four-person Dynamax raids. That's a LOT of very specific info to just guess and have turn out to be true.

Here's where things get super interesting. The leak, among the details shared above, also had numerous other details in its rundown. Those features are yet-to-be revealed, but now fans are thinking the info is legit, due to so many other specifics being confirmed today. We obviously can't say the details are 100% confirmed at this point, but it's certainly looking good. Check out the full rundown of details from the 4Chan post below.

- Sword and Shield’s enemy team will be called Team Yell.
- There will be an “evil” legendary Pokemon named Eternatus.
- In addition to Dynamaxing, there will also be the similar Gigantimaxing, which changes a Pokemon’s appearance in addition to growing its size. Three examples given are Meowth looking like “long cat,” Lapras getting “layers like musical bars to its shell and musical notes,” and Pikachu looking like “retro fat Pikachu.”
- “Regional evolutions” will be a thing, with Farfetch’d turning into Sirfetch’d, and Meowth looking like “a ball of spiky grey fur.”
It’s unclear if this literally means evolutions or if it actually refers to regional variants like Alola.
- Chipmunk Pokemon potentially named “Skwovet and Greedunt” will hide in berry trees, attacking players if they shake them too many times, which will cause you to lose half the berries that fell.
- To challenge a gym leader, you need to get an endorsement (not explained), which will then let you take on a gym challenge that needs to be completed before fighting them.
- Three gym challenges are described, including one where you have to herd Wooloo while avoiding a new Electric corgi - Pokemon called Pamper, one where you navigate a maze with water blocking your path, and one where you have to catch - Pokemon and “get 5 points” while in a team battle with another trainer who is also trying to catch them at the same time.
- While in the Wild Area, you will “randomly see nearby players and interact with them to get their league cards and items.”
- Camping will be a mechanic, and is where you will play with Pokemon. It will also let you make curry to raise stats and use toys to raise friendship.
- Grookey’s final evolution is a giant gorilla that uses a wood drum to attack.
- Sobble’s evolutions are called Sizzile and then Intelleon, and will have a spy-theme to them.
- “Scorbunny will have fighting moves, but is pure fighter.” (There could be a typo in here, it reads as if it meant to say "but is pure fire" or "but isn't pure fighter.") Its second evolution is called Raboot, and its final evolution looks like a humanoid fighter.
- A blue seagull Pokemon was described that will get either a “barracuda or a Pikachu” in its mouth when it dives, which it then throws at the enemy.

Pokemon was weird from day 1.

I have nothing but time for this.

Man, Pokemon is getting weird.

Pokemon was weird from day 1.

The leaker must be reggie