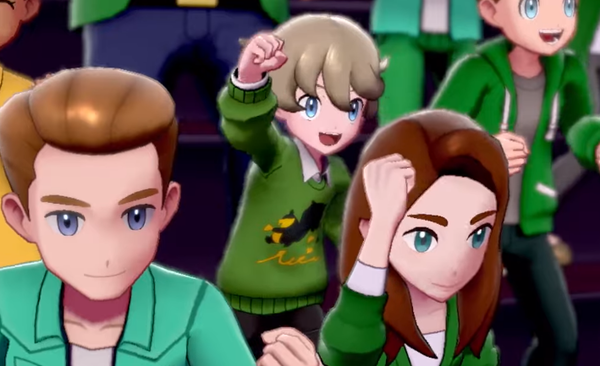 Fans have been pouring over yesterday's Pokemon Direct to find what other secrets are hiding in Sword and Shield. The image above is where most fans have been putting their focus, as it appears to show yet another new Pokemon. The silhouette on the kid's shirt doesn't match up with any existing Pokemon, which certainly makes it seem like a tease for a new one. 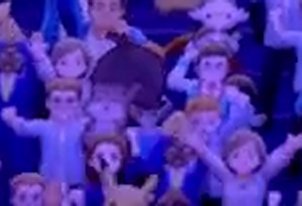 Another crowd scene shows off a Pokemon with a similar outline to the silhouette. If the leak we reported on earlier is indeed true, it's very likely that the Pokemon we're seeing here could be one of the chipmunk-like Pokemon, which are supposedly named “Skwovet and Greedunt.”

could this Pokémon be the possible Ratatta or Pika clone of the Galar region.