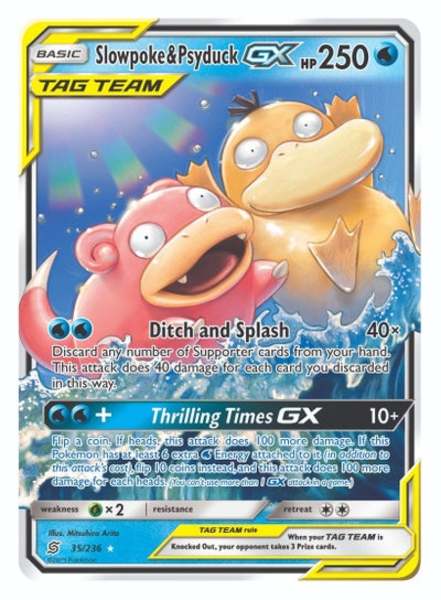 The Pokémon TCG Expansion, Sun & Moon—Unified Minds, will release on Aug. 2nd, 2019, and it includes all sorts of interesting pairings. One that has fans really talking is that of Slowpoke and Psyduck, who happen to have a pretty big amount of power behind them. In an interview with Comicbook.com, Pokemon TCG director Atsushi Nagashima explains why that is.

We had been thinking about having these two Pokémon team up since the initial concept of TAG TEAM Pokémon-GX. There’s a tendency for powerful Pokémon to be featured, but we also wanted to show cute Pokémon or Pokémon that you might wonder about how they would behave in action. These two Pokémon typically seem to be spacing out, but they can produce huge power when they are in a tough spot.