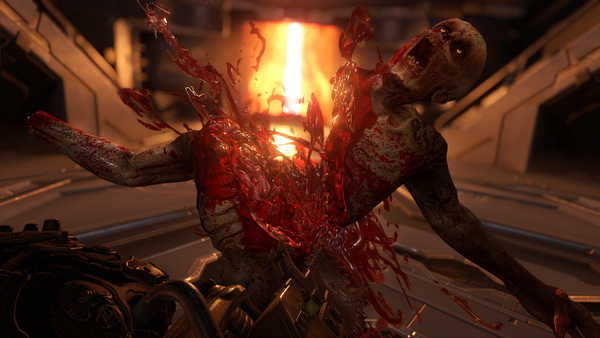 DOOM Eternal is coming to the Switch later this year, and it's going to give players more of the insane FPS action from DOOM 2016, while adding in a number of new twists and turns. In an interview with GamesBeat, Executive producer Marty Stratton and creative director Hugo Martin talk about how player feedback from the 2016 title helped create Eternal.

Stratton: The consumer is never really wrong, to be honest with you. They’re pretty vocal. If you pay attention to the response and you look at your game honestly, draw your own conclusions and listen to what the fans are saying and what the critics are saying, I think it was pretty easy to figure out where there was room for improvement.

GamesBeat: What is one of the big areas where you’re using player feedback?

Stratton: The game was repetitive. That we ran out of tricks in the fourth quarter. We have more AI now to account for that. The game is going to be engaging from beginning to end. You won’t feel like, well, they’ve run out of stuff to give us, and now it’s going to be more of the same. We love every moment of the game. I think some of the final levels of Doom 2016 are the most satisfying.

Stratton: We think that we’ve got more stuff to give you as you go through the game this time around.