The Legend of Zelda: Breath of the Wild Sequel 'not necessarily' related to/inspired by Majora's Mask, says Aonuma 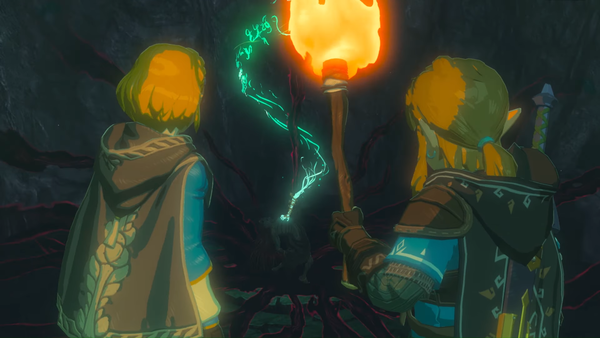 It's not often we get a direct Legend of Zelda sequel, but that's what seems to be happening with Zelda: Breath of the Wild's sequel. It looks to take place in the same region, and with the same characters. This situation reminds fans a lot of Majora's Mask, as that game takes place right after Ocarina of Time, and reused the same engine. Can we expect a similar situation here? IGN asked Eiji Aonuma, and he offered up this comment.

"The new Breath of the Wild or the sequel to it, it’s not necessarily going to be related to Majora’s mask or inspired by it... What we showed you currently is a little darker."

Damn.. It's going to be even darker than Majoras Mask?!

But I don't know why it would be even related or inspired by Majoras Mask. As far as we could tell the main antagonist will be a reincarnation of Ganondorf and he was not present at all in Majoras Mask. Also Majoras didn't even took place in Hyrule lol

I wish the game took place in a revamped more expansive Termina. Im gonna be a little "meh" if we're gonna be running around the same version of Hyrule again with only slight changes to the world. The trailer seemed to indicate we will still be in the same Hyrule overworld.

That’s my fear too. I’m sure if it is the same over world they’ll do loads to make it all feel different but the whole magic for me in BotW was not knowing where anything was and just stumbling upon things. Seeing mountains in the distance and wondering what’s behind them only to find a hundred other things I wanted to explore on the way there. I want that whole experience again...not sure a revamped BotW Hyrule would fill that void. Then again, if any developer could make that work it’s the BotW team.

I’m all for a dark BotW companion game. I love it when the Zelda team embraces elements that border on horror like in Majora and Twilight Princess.

More enemies could make me tolerate a third run through that map.

Add many proper dungeons to this game and it WILL be the ultimate zelda. The trailer made it look like it took place in some sort of cave which BOTW lacked entirely so I'm hopeful

I'm pretty sure the game begins in a cave.

Oh yeah I guess. It's kinda small and similar to the dens the enemies have though so I never really remembered it much but it is more cavey

Something to keep in mind about the landscape possibly being the same is that before Calamity Ganon appeared, cutscenes showed Hyruleans excavating large areas, more of that could happen here and with this cave they appear to be in, the landscape potential is pretty large, I think.

It would be great if it was the twilight realm of Hyrule.

I definitely got a Twilight vibe from that...the character they found reminded me of the Hero's Shade.

Guessing it will feature the same map but a majority will be underground?

I want to play as Ganon and take over Hyrule.

I've been wanting a game for a while where some greater evil causes a teamup with Ganon. I'm not sure how to make that work though, because literally Ganons entire existence is to crush the hero