Platinum says Bayonetta 3 development "going quite well," they're remaining silent because they're busy 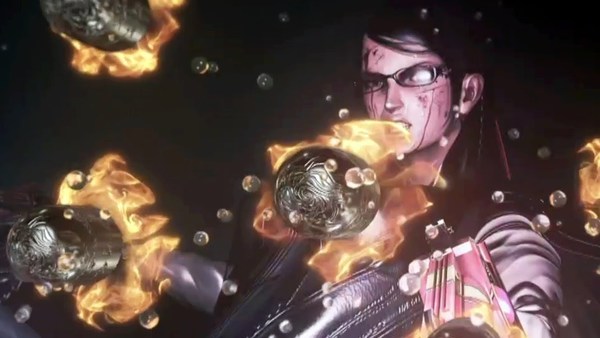 Many fans were hoping to see Bayonetta 3 pop up during Nintendo's E3 2019 Direct, but the game was nowhere to be found. Don't worry, though, as Platinum Games studio head Atsushi Inaba said all is well.

“...development is actually going quite well. Games aren’t usually done in a year or two… it takes a while. That’s all. Things are going well and I know a lot of people are asking for it. Giving updates for everything at E3 isn’t the smartest PR strategy to begin with, so just because we’re not showing it here doesn’t mean it’s not going well. ...it’s going to be a high quality title and we’re putting our all into it. That is what you’re seeing [with the silence].”

Hopefully we see it at the Game Awards. Not seeing it as well as Retro's game (if they even had one after Tropical Freeze) were the biggest disappointments of Nintendo's overall pretty decent E3 IMO.

Agreed. I had forgotten all about Retro’s mystery title until someone mentioned it yesterday. Then I got sad knowing that after this many years of silence, and Retro’s new MP4 responsibilities, their prior project is probably relegated to the dustbin of history.

I'm fine in not seeing it now cause I'm sure it'll be awesome with all the effort put into it. Take all the time you need, Platinum!

I was so pissed, though. Like I know I'm owed nothing but it's been 552 days since we've seen anything. We need our queen!

Amazon France adds a second placeholder listing for a Take-Two game on Switch
May 31, 01:17 by smashbrolink
Reggie was confused for a security guard at his first E3
May 31, 01:06 by socar
Reminder: Ninjala's second Open Beta Test kicks off tomorrow
May 30, 23:37 by mereel
My Nintendo reward updates for May 30th, 2020
May 30, 23:35 by mereel
Castlevania animated series executive producer talks about the show's gore, and what's coming in season 4
May 30, 22:23 by manazuishou
XCOM 2 Collection players reporting multiple bugs
May 30, 21:25 by miss unfortunate