Square-Enix wants to make their entire back catalog available digitally, but they've lost the source code to some games 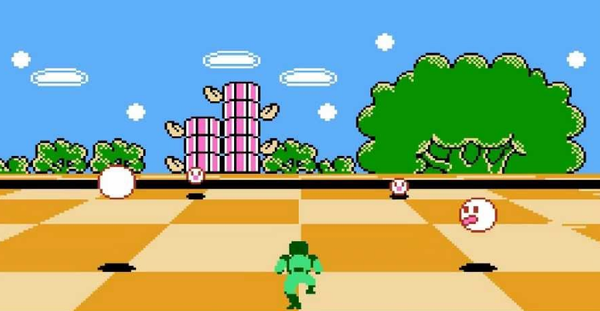 Square-Enix wants to make sure fans can get their fix of Square-Enix games without ever leaving their home. In an interview with Game Informer, Square-Enix President and CEO Yosuke Matsuda says one of the company's goals is to make its entire back catalog available digitally.

"We're working on that in a variety of ways. That is a request that we hear often. As far as our major titles go, most of those, we still have variations out that you can play now. The more classic titles that you might have played on NES, we are still working hard to make it so you can play those. We actually have launched a dedicated project internally to port those, so we are working to make them available on a variety of platforms. Certainly down the road, we would like to see that on a subscription or streaming service, so we're exploring the possibility of creating a dedicated channel for ourselves.

I think everyone is going in that direction (streaming), so we do want to be proactive in considering those options. We still don't know if it would be a subscription service or an exclusive downloading service or what form it might take, but we do want to leverage our catalog."

It's certainly a valiant effort, but there's just one tiny issue. Square-Enix has lost some of the source code for those classic titles.

"I'm embarrassed to admit it, but in some cases, we don't know where the code is anymore. It's very hard to find them sometimes, because back in the day you just made them and put them out there and you were done – you didn't think of how you were going to sell them down the road. Sometimes customers ask, 'Why haven't you released that [game] yet?' And the truth of the matter is it's because we don't know where it has gone."

You say that, and yet you took King's Knight: Wrath of the Dark Dragon down without releasing an offline version.

Just as I thought. Trash.

I'm actually shocked at the lack of foresight here. There should have been a library or some kind of repository to keep the source code. They need to hire M2 to do some partial rebuilds.

I'm not surprised when it comes to their really old titles. Pretty sure Nintendo even lost the code for the original Super Mario Bros for a time.

Sometimes it pays to be a hoarder.

Pretty sure the Internet can help you with that one, Square-Enix.

What more evidence do you need that ROM sites are a practical necessity? Gamers are the curators of this industry's history and not the companies.

So a proper port of final fantasy 6 is out of the question?