Mr. Resetti has lost his job in Animal Crossing: New Horizons, and is looking for new work 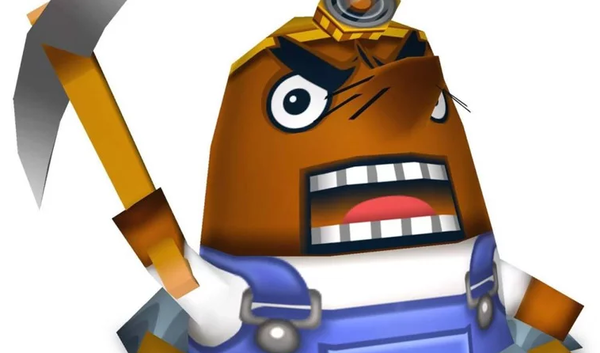 Mr. Resetti has fallen on hard times, according to Nintendo's Aya Kyogoku. In an interview with Mashable, Kyogoku explained that Mr. Resetti won't be yelling at people for save issues in Animal Crossing: New Horizons, as the game includes an auto-save feature.

"I think this will be a positive thing for the player, because in New Horizons you can stop playing in the middle of your game and it'll still save, but unfortunately because there's no necessity to reset the game or reset button on the Switch, Mr. Resetti had a hard time. He was laid off from his position."

While it's sad to see Resetti lose his job, Kyogoku did teaes a new position for everyone's favorite angry mole.

"We also believe that Mr. Resetti is looking for a new job after his layoff. So please look forward to that."

I really enjoyed his feisty rants in the Gamecube game! Some of the best writing from Nintendo.

One of the most prominent parts I remember from GC Resetti was being unable to escape his dialogue box unless you typed in "I'm sorry".

I remember typing in something like "You stink" and seeing his explosion of rage / unique response along the lines of "What did you say!?". Was a magical moment.

I remember he threatened to delete my save data because I was resetting too many times (I did it to see his reactions), and then the screen did the same flickering effect when the reset button was pressed. My heart sunk. I thought he freaking did it, then he pops back and says “gotcha, don’t do it again.”

I never did it again.

There was this absurd "game tip" on Gamefaqs for ACGC back in the day that mentioned that if you reset 60+ times that he would come to your house, yell at you, make you type in words and then cause all of your neighbors to shun and hate you one by one for a month. I was scared to death over that since my grandma and I would sometimes accidentally turn off after saving instead of going to the title screen and the fact I didn't like animals moving to begin with made me sad.

I'm still bewildered that GameFaqs had that false tip on their cheat list for the game for at least 8 years (2002-2010, shortly after I played it in 200

and nobody seemed to test until recently if it was true. The next AC mystery is if that creepy as hell dead skeleton fish that washed up on my gamecube beach and made me scared so hard I never used that town again is an ultra rare event like a shiny pokemon or a bad bug i avoided... Or nothing but placebo as I thought Gulliver was dead somehow

Such a shame. They better include him in the game somewhere. Mr. resetti as well as Cranky are some of Nintendo's better characters IMO. Also I want a Crazy Redd amiibo..

"We also believe that Mr. Resetti is looking for a new job after his layoff. So please look forward to that."

He’s still in the game. ;)
Let’s hope they thought of something clever for him to do that stays true to his nature.

Danny, it's hard enough for a mole to get a job nowadays.

I'm glad to see that Nintendo is still keeping Resetti around despite being a surprisingly controversial character in the past.

Maybe Mr Resetti can be in charge of the Public Work Projects now?

Sounds like he'll still be part of the game... maybe part of a digging or mining minigame, or he can teach you to craft gems or stones.

The Legend of Zelda celebrates its 34th anniversary
Feb 21, 19:39 by pajob
Shin'en discusses why they went with voxels for The Touryst, and playing with the "absence of things" to create a special look
Feb 21, 19:36 by pajob
Musician St. Vincent says she's put 300 hours into The Legend of Zelda: Breath of the Wild
Feb 21, 19:28 by kendricklamario
Mortal Kombat co-creator says having the series represented in Smash Bros. Ultimate would be 'a really cool thing to see'
Feb 21, 19:25 by jd Feb 21, 19:13 by ridleysaria Feb 21, 19:12 by ngamer01