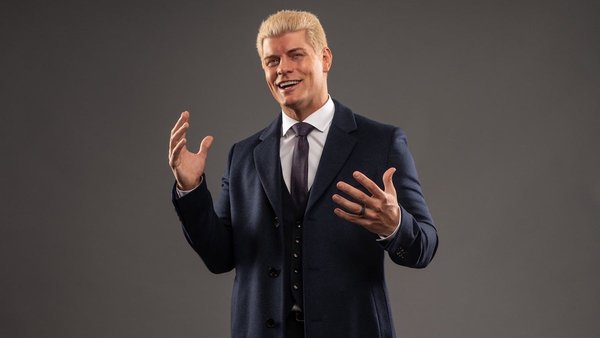 As we've said in the past, professional wrestler Cody Rhodes is a big Nintendo fan. He loves Zelda in particular, but has shown interest in all of Nintendo's franchises over the years. Today he took to Twitter to share the following tweet about Smash Bros. Ultimate.

That Banjo Kazooie reveal, with all those excited fans, is exactly what servicing your fanbase looks like. Real valued content. Substance over style. Kudos SB team.

The reveal of Banjo-Kazooie for Smash Bros. Ultimate is one of those moments that will go down in gaming history. It was a reveal that so many wanted, but none were sure it could ever happen. The pure joy that reveal brought is something that'll stick with people for years to come.

Thanks to MrThee for the heads up!
Submitted by: mrthee
Source: Link
Rating: 4

my heart was accelerated during the entire Nintendo E3 Direct especialy when they revealed that Banjo will come to Smash and the reveal of Legend of Zelda Breath of the Wild sequel.

I can see how some people can get annoyed with Banjo, but I rolled my eyes at the Dragon Quest guy. After the trailer he caught my interest. I like the unique rpg like moves and the alt. costumes.

Still havn't played as Joker yet. Not until they put his game on Switch