Nintendo on why it's time to remake The Legend of Zelda: Link's Awakening, choosing a remake over a sequel, and Zelda Maker potential 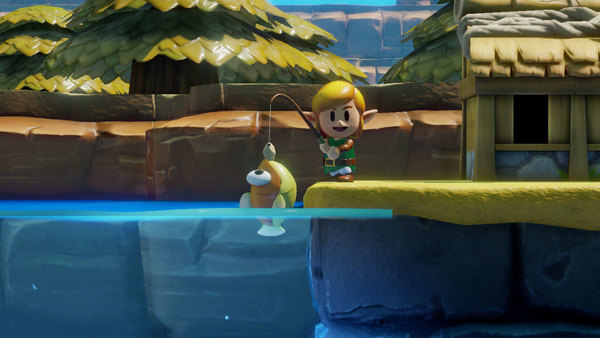 The Legend of Zelda: Link's Awakening came out quite some time ago, and it's getting a whole new lease on life through a Switch remake. In an interview with Kotaku, Nintendo's Eiji Aonuma explains why now was the time to remake the game.

The original game was released 26 years ago on the Game Boy. Getting that Game Boy version is a little hard to do these days. So I’ve wanted to remake this game for a while.

When I create a remake or reimagination, I don’t want to just make it completely the same; I always want to incorporate new elements. For even people who have played the original, I want it to be a fresh experience. So I was looking for that opportunity.

There was also a discussion separately of an idea of incorporating something where users can arrange something on their own in the game. In Zelda, I was thinking what that could be. We landed on the idea of dungeons. When we were thinking about arranging dungeons, creating a puzzle on your own is always a little bit hard, so we thought, “What’s an easy way to have players be able to arrange things?” We thought maybe room arrangement or a map arrangement would be an easy way, and it’d feel like solving a puzzle. That’s how we landed on the [dungeon editor] Chamber Dungeons.

Once we landed on the idea of arranging dungeons, we were thinking, in Link’s Awakening, pretty much every room is about the same size, so we thought this would be a perfect fit for incorporating the Chamber Dungeons, and that’s how this reimagination came about.

Aonuma also explained why Link's Awakening is getting a remake, rather than a sequel like A Link to the Past/A Link Between Worlds.

Everything’s case by case; each title’s a little bit different. There could be times where we start with the idea of “let’s make a remake,” and then add new elements. Or if we’re creating a sequel, sometimes it could be that there’s something that would be fitting for a sequel versus a remake or something else. Again, it’s case by case.

One new feature in Link's Awakening on Switch is the Chamber Dungeon feature, which lets you piece together your own dungeon experience. Could that pave the way for a Zelda Maker-style game in the future?

I can’t predict the future, but if people do love this idea of arranging dungeons, I’ll keep that in mind going forward.

Thanks to Dondom95 for the heads up!
Source: Link
Rating: 1

The dungeon builder does give off feels of a Zelda Maker test.

I like that they made the building part a puzzle too.

A Zelda Maker game seems like too good an idea to ignore. I think it might be harder to incorporate game styles from multiple Zelda games the way Mario Maker did, but I'd be happy with it even if it was just styled after Link to the Past.

If y'all want a Zelda Maker that badly, look up BlockQuest Maker in the eShop. It offers more freedom than what you most likely will get from this

I wonder what features will be added to this so that people will stop complaint about it being 60$.