Some really interesting insight into the creation of Zelda games
18 June, 2019 by rawmeatcowboy | Comments: 10 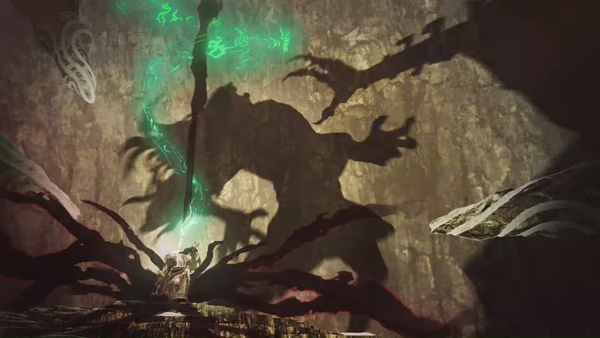 Kotaku has a massive interview with Nintendo's Eiji Aonuma, in which they talk about all things Zelda. Check out some tidbits from the interview below, including a quick mention of what working at Nintendo is like.

On not including button remapping on Zelda: Breath of the Wild

When we have a button arrangement, we very much put thought into how we do it, because there’s a specific way we want players to feel. In some ways, if we freely let players do customizations on key assignments and such, I feel like we’re letting go of our responsibility as a developer by just kind of handing everything over to the users. We have something in mind for everybody when we play the game, so that’s what we hope players experience and enjoy as well. But we understand also that players have a desire for free customization.

On work conditions at Nintendo

When creating a game, game development is all about the people. So if one of them or any of them aren’t well, that definitely affects the game and overall quality, and that’s just not good. We always try to think flexibility about delivery dates, and in the past I’ve apologized for delays. That’s because staff comes first, and I always want to think about it when creating a game.

Overall as a Nintendo work culture, we focus on flexibility. And so even the staff have that flexibility of when to focus, and use their energy on something, or they have a little bit of leeway in their work schedule, don’t have to exert themselves so much. They can maintain that balance themselves. Especially for Breath of the Wild, it was the same, and we focused on the staff. We didn’t have anybody be exerted or anything like that, and I think we were able to achieve our goal.

Every day’s a little bit different. Just to explain maybe an average day: In the morning I’ll check my mail, take care of that. In the afternoon, it depends on what’s needed—sometimes one of the teammates will ask for advice or I’ll play through something just to make sure it’s fun. And then before I go home I’ll check my email. Lately I’ve been able to go home pretty early, so it’s been good.

On what lead to Zelda: Breath of the Wild 2

When we released the DLC for Breath of the Wild, we realized that this is a great way to add more elements to the same world. But when it comes down to technical things, DLC is pretty much data—you’re adding data to a preexisting title. And so when we wanted to add bigger changes, DLC is not enough, and that’s why we thought maybe a sequel would be a good fit. Initially we were thinking of just DLC ideas, but then we had a lot of ideas and we said, “This is too many ideas, let’s just make one new game and start from scratch.”

Thanks to Dondom95 for the heads up!
Source: Link
Rating: 9

Thats exactly my fear for this game. Its not gonna feel like a true unique sequel and feel more like a $60 expansion pass...

I've experienced this Hyrule already unless they plan on doing something drastically different with the world I suspect I may grow bored quickly.

I think it's a little early to judge from that perspective already but I do understand where that fear is coming from. I think it's safe for now though to look at this game in the same perspective as I've seen most people look at it in which it might be just like Majora's Mask. Same Zelda world with a "remix" of sorts to it.

Personally in that sense, I'm hoping to see more areas from the game being drastically developed. For example pre-existing towns should become larger and what used to be village ruins have been restored to become habitable again. Maybe even a whole new underground map which is almost the size of Hyrule itself and some actual classic Zelda dungeons to recapture that classic feeling of exploration in a themed interior (and a stronger focus on involved story instead of "memories").
Of course that's all just a hope from me though. We'll have to see where this goes.

The Legend of Zelda: Too Many Ideas

Well, let’s hope it’s a sequel done more like Majora’s Mask than Super Mario Galaxy 2. While I loved Galaxy 2, it still felt like a glorified expansion pack, where as Majora’s Mask had enough (or a lot of) unique twists and a brand new world to make it feel distinct from Ocarina of Time.

I really hope they don’t reuse the same overworld and it would feel redundant if they repeated the Shrine hunting gameplay structure.

Exactly my concern. If the world is the same, there'll be no fun in exploring it.

I agree with you and that's why I think the way that response is worded should give us hope. It sounds like if it was a minimal modification to the world they would have kept it as DLC, but these new ideas required a world that is changed enough for a new game. Exciting!

I won't mind if we spend some time in familiar areas, but it would be better to have new land to explore... A lot of players have probably combed the entirety of Hyrule finding shrines and seeds, and there really wasn't a lot of wasted space.

First off I think it's great that such a big company as Nintendo take so much care of their staff in a country that has huge issues with overwork. That's why I get pissed when I see stocks dropping when games like animal crossing gets delayed for these actual reasons. Money is god/God is money, I know but the stress is killing people. Nintendo earns a lot of respect for this.

When it comes to Botw2: They had so many ideas that didn't get into BotW that they can use here. They re-use assets of course. I mean the game's world is huge and has so much more potential, the engine is amazing and come one, people! The trailer from E3 got us all excited, eh? ;) The Zelda team have also listened to feedback and I am sure they will implement what they can in the sequel. Botw just has so much more potential and they should just build upon it for this sequel and make it even better than BotW was.

I can't see it becoming an exensive DLC pack, but rather an evolution of something that's already great. We must of course wait it out, but I think they can handle it. I mean, we already see the landscape changing on the trailer with Hyrule castle moving....Much more can happen.

My goodness! One trailer and people are already worried. At least wait on a bloody second trailer before turning into a worry wart. I see Hyrule Castle lifting off; there’s no reason why it can’t be transported to a different, unexplored area in that world.

It has become the norm to be negative at Nintendo for close to nothing if you didn't yet notice. It's what the cool kids do =)

Nintendo never does proper first trailers. So the internet just does everything in its power to make sure what Nintendo showcases falls victim to Morton's Fork ( https://tvtropes.org/pmwiki/pmwiki.php/Main/MortonsFork ).

It's the same, now it sucks!: https://tvtropes.org/pmwiki/pmwiki.php/Main/ItsTheSameNowItSucks

Wait what do you mean we might not travel across Hyrule again?

They changed it, now it sucks!: https://tvtropes.org/pmwiki/pmwiki.php/Main/TheyChangedItNowItSucks

So a sequel to a great game is getting some to worry.