The Alliance Alive HD Remaster gets a new promo video, screens, and info on revamped content

No, you're not going crazy. The above promo video for the Alliance Alive HD Remaster doesn't include audio. Not sure why that is, but at least it gives us a good look at the game! 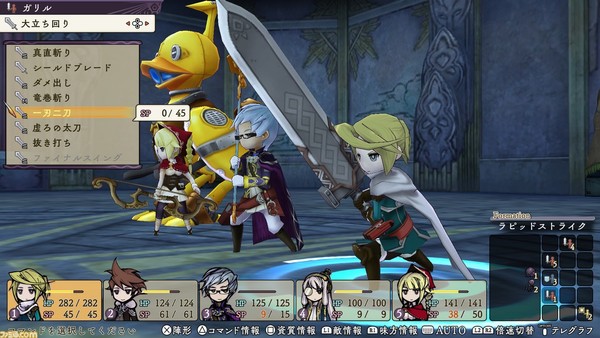 A new batch of screens of the game have also been shared, which you can check out right here.

We also have details from the publisher on what new features are included with the game. It reads almost like a book report from a student who definitely didn't read the book, but they're doing their best to stretch out the information they've gleaned from the cover!