Cuphead creators would love to work on a Zelda game, say it would be 'an absolute dream come true' 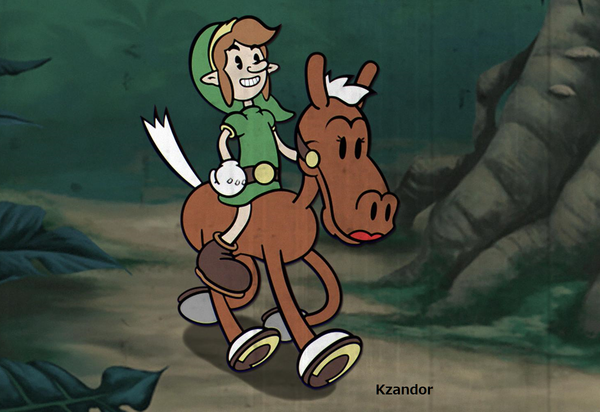 Cuphead has found major success on every platform its hit, Switch included. What's next for the team behind the game? If they had it their way, it would be a Zelda title.

In an interview with Dtoid, Studio MDHR's Jared Moldenhauer elaborated on the duo's interest in working with the Zelda franchise.

"...a sprawling Zelda title brought to life in a doting 2D hand-animated style...Think of all the expressiveness and life you could bring to the tribes, people, and enemies of a universe that rich! And much like Cuphead, we would get to test our design mettle coming up with screen-filling bosses of an entirely different nature. Of course, backgrounds would be completely hand-painted with nothing re-used! The list just goes on and on. It would be an absolute dream come true."

Now that Nintendo has worked with the team behind Crypt of the Necrodancer to make Cadence of Hyrule, something like a collab with Studio MDHR seems so much more plausible. Let's hope Nintendo hears this interest and at least talks to the team to see what they could cook up.