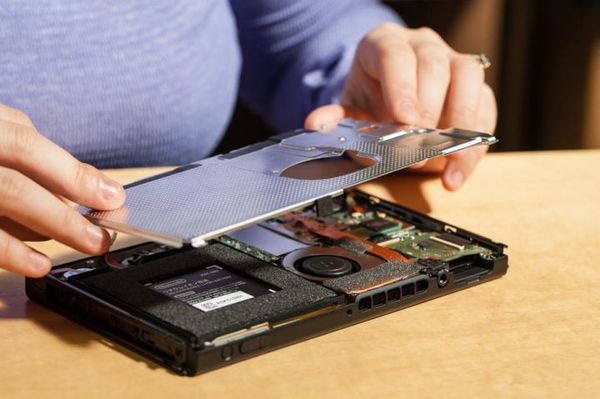 Looking for some of the best evidence yet for a Switch redesign? Let's take a look at Macronix, a company Nintendo has worked with multiple times in the past to provide memory chips.

Macronix has reported that Nintendo has made some very sizable memory chip orders in the past 2 months, so much so that orders exceeded the company's expectations. With demand being stronger than expected, and quite unusual for the first/second quarter, Macronix has seen its revenue jump 30% during the period.

What is Nintendo doing with these chips? As to be expected, most believe they will be put to use in a redesign of the Switch. Again, Nintendo is yet to confirm these rumors, but the evidence of a redesign is certainly piling up.

It sounds to me like Nintendo should have reported higher expectations for Switch sales this year than 18 million.

(On a related note, is it possible they based their expectations off of that 18 million number? Because I'd assume they'd have more internal information than that_

Would that 18 mill include the mini?

Yes, which is why it clearly was an underestimate, considering with their software this year alone (Pokemon, Mario Maker, Dragon Quest, Zelda, and still Animal Crossing (plus I still have hope for Monster Hunter, though that is slowly becoming clearly less likely)), they could likely hit 18 million, with Switch mini they are guaranteed to get above that.

Wasn't AC delayed to next year?

Anyway, if they truly want to hype this mini up for the holidays we should be seeing something soon. A bit after the summer. Summer is always calm it seems =)

March is the last month of the fiscal year, so second to last Friday of March is still this fiscal year.

I'd say the safest best is a fall launch for Mini, September still seems like the most likely month even if AC didn't end up being September. AKA, we could very well be seeing Switch mini in July. I highly doubt they are going to wait until the holiday to launch a redesign.

Yeah, that's why I was thinking at the end of/after summer when said "summer is usually calm" (or something like that). Well at least we both agree that a Switch mini with okemon for X-mas would hit the spot.

The waiting game is always the worst part of Nintendo announcements...

I know... The wait for Bayonetta 3 is close to killing me by now..But they had a good remedy for that: Astral Chain =)

Macronix also supplies chips for the cartridges... so it may have something to do with the plethora of games that are coming this year

" very sizable memory chip orders " is what the article seems to list. Memory normally indicates RAM, I'd say the cards would be referred to as flash or ROM chips. So the usage of "memory" makes me think this is probably talking about RAM for the hardware.

Macronix is a company that makes non volatile memory chips a.k.a ROM (read only memory). It has supplied the rom chips on cartridges and also the flash memory in the joycons. I guarantee this increase in demand has nothing to do with RAM

Yeah immediately after I posted that I was like "oh shoot, I need to make sure thats accurate" saw what I posted was very wrong, but didn't have time to edit the comment, and I forgot today :/ So thats on me.