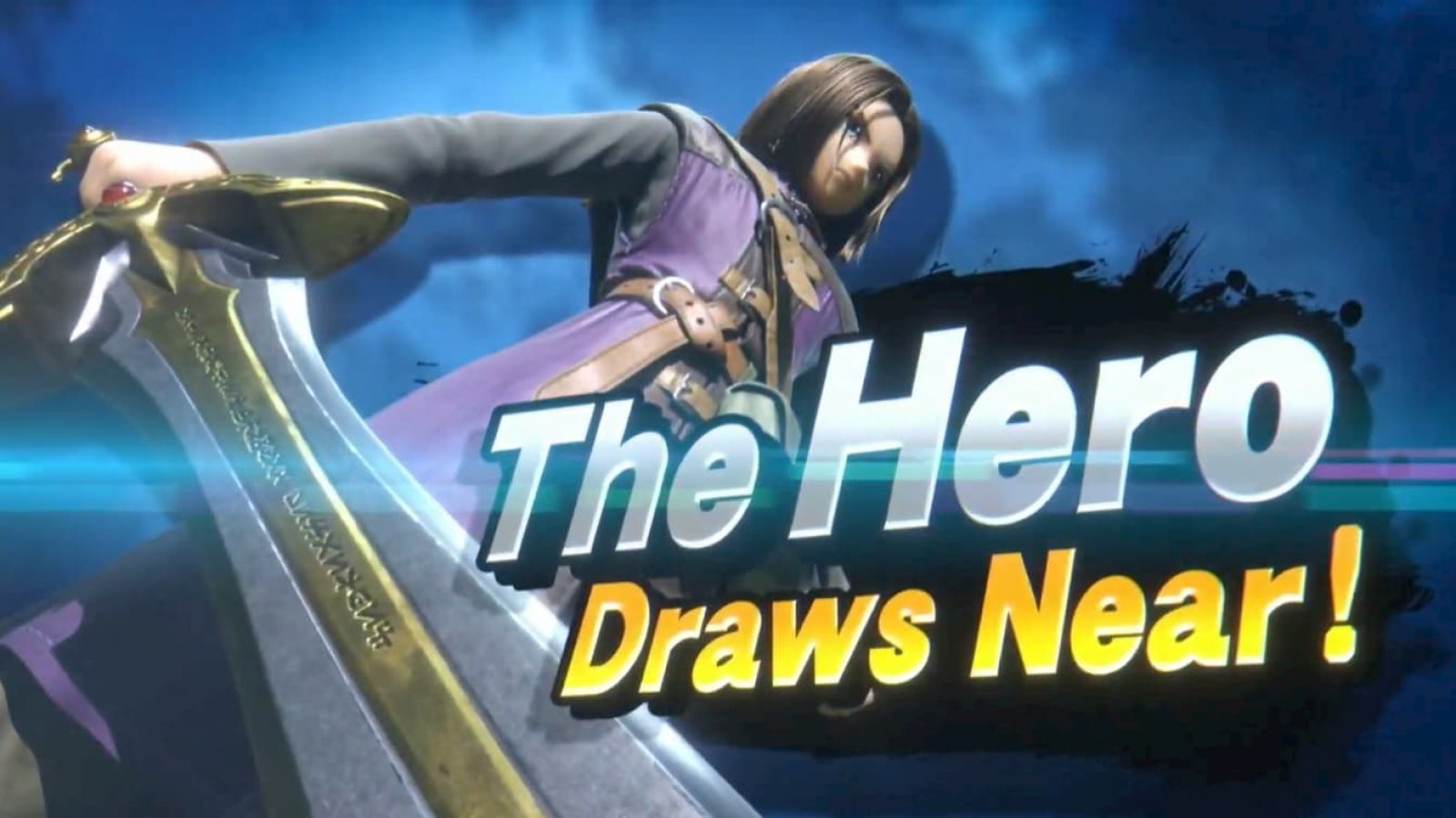 PushDustIn, known from Source Gaming and his freelance translation work, has pieced together details from the latest Sakurai column. It goes in-depth about how the Hero and Banjo-Kazooie joined Super Smash Bros. Ultimate, and his feelings on console wars. If you like these details, be sure to follow PushDustIn on Twitter for more awesome stuff!

Hero from Dragon Quest
- the day has finally come when Sakurai could work on Dragon Quest. Thinking about Dragon Quest, Sakurai wanted to include the legendary Command Prompt
- Sakurai decided that the command window would appear and have random spells and attacks that could be chosen. Then he decided to add a MP system as well
- there is actually a restriction on which DQ protagonists can fight with each other, but Smash was given special permission. (DQ VIII was a request from Western fans)
- reviewing the history of the DQ series, Sakurai felt nervous about including such a legendary series. He decided that the Final Smash would have past characters from DQ to showcase the series
- the decision to add voice acting was made afterwards. At the start of development, it was planned to have The Hero silent as typical in DQ. However, with DQ XI S SE added voice actor so the plans were changed. So other Heros will have voice actors and they will be announced later

Banjo-Kazooie
- BK were incredibly request by fans in the West for a long time. Even after King K. Rool and Ridley, requests were still coming in
- Sakurai states this it was difficult for them to join Smash. While Banjo and Kazooie was originally an N64 game, and their inclusion should've been a natural one, they are now owned by Microsoft
- in the early 2000s, Rare was sold to Microsoft, and Banjo's games came out on the Xbox 360. Microsoft and Nintendo are rivals in the console space. It's usually thought that you shouldn't help our your rivals
- however, this time they were able to get the character quite easily. Sakurai would also like to thank Rare for their assistance as well. Thanks to them, Sakurai was able to satisfy many fan's requests

Wrap-up
- this is Sakurai's personal opinion but he doesn't really care for console wars. No matter what kind of consoles come out, if there are enjoyable games, Sakurai will always respect that
- Sakurai ends the column stating that there are a lot of companies involved with Smash. He notes that his work is truly special. He wants to please all the fans of the original games so he will continue to work hard

As someone who owns everything from Segas, to Nintendos, to Sonys, to Microsofts and more, I concur with Sakurai on that first wrap-up statement.