Bloodstained: Ritual of the Night dev team shares specifics on what Switch aspects are being worked on first, localizations being tweaked as well 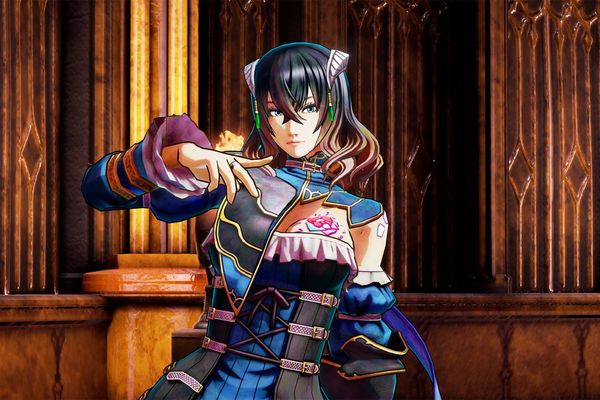 Bloodstained: Ritual of the Night's dev team revealed that they're working on fixes for the Switch version, and they are the number 1 priority right now. In a further update on the game's Kickstarter, the dev team shared some specifics on what's being tackled first. Check out the full update below.

Regarding localization, we’ve been alerted that several of the languages available for Bloodstained have not been translated to the high quality bar we set for ourselves. However, I’m happy to report that our Production teams are on top of this situation and are in the process of doing a full localization pass on all languages. You can also help in this process by visiting this forum thread and providing specific examples of problem areas encountered with any languages you play the game in.

Regarding the Switch version of the game; the amazing teams at WayForward and ArtPlay are already hard at work on improvements. Below is a list of what we’re working to fix ASAP via multiple updates over the next few weeks:

The teams are also at work on a variety of updates to the game and engine, including:

Optimizing animation for certain enemies (WayForward is testing some techniques to accomplish big things here, but it may be risky and require lots of testing, may need to be pushed to a later update)
Addressing input delay wherever it occurs

Switch-specific loading optimizations (this requires a bit more work, and will probably be in the last "ASAP" patches)
Obviously the above plan will adapt as we identify priorities and new tasks and as we add development resources, but we’ll keep you updated as we go.

We’ll also have more to announce soon as we do more to improve the Switch version of Bloodstained. We are committed long-term to making sure the Switch version is just as great and enjoyable as the other platforms, and this is just a window into our immediate action plans.

We apologize again for the inconvenience of the Switch launch not going according to plan, but we really appreciate your understanding and support as we work to make things right.

This is why you should always delay the Switch version if you can. There's nothing wrong with a delay if it makes sure it lives up to the other versions.

Apart from people not getting the game because of the delay. I want this game on Switch, but the PS4 version is getting more attractive these days...