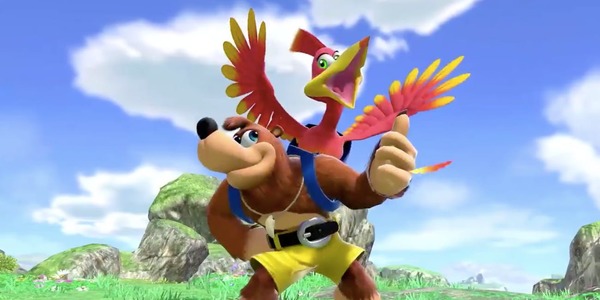 Banjo-Kazooie heading to Smash Bros. Ultimate was some of the biggest news to come out of E3 2019. Seeing the duo return to a Nintendo platform was wonderful, but also getting a look at their designs was just as wonderful. Nintendo stayed very true to original creator Steve Mayles' design, and in an interview with Shesez, Mayles reveals that he couldn't be more pleased.

“I think it’s very true to the original concept. I was surprised that they hadn’t made any tweaks, because with the K. Rool model they gave him a bit of a nip and tuck and he came out looking as good as he’s ever looked But with Banjo they seem to have been very careful to make sure that he looks almost exactly the same as the N64 promotional model that I did, which is a great honour for me.”

If Mayles was brought in on the project, would he have taken a bit of a different design approach to the duo?

“If I was doing it I would’ve made a few changes, but I can completely understand why they copied the N64 model, because that is the model the fans love. If they made too many changes, you’d have people saying, ‘it doesn’t look like Banjo anymore!’”

If you want to hear a lot more from Mayles, make sure to check out the full video interview below.

Well the design definitely needed a nip and tuck. Banjo's eyes creep me right out.

At least it ain't the Nuts & Bolts design... Banjo's everything creep me right out... and also Kazooie's...

It's probably for the same reason Sakurai used classic Pac-Man, classic Mega Man over the other Mega Men or Simon Belmont being mostly based on the NES games.