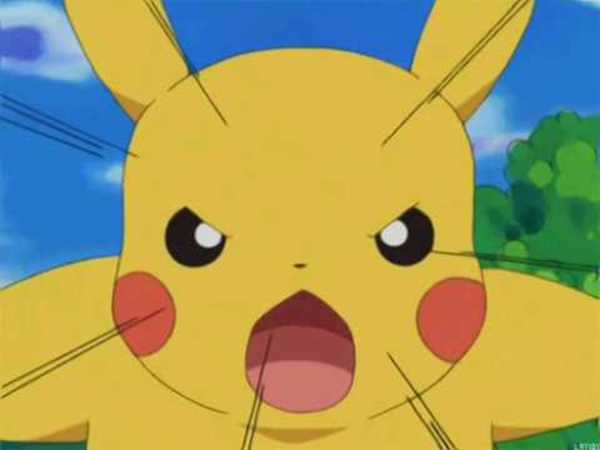 Former Pokemon TCG artist Keiko Moritsugu recently stated that “moe has ruined anime,” and believes that anime should be more like Marvel in the tone of its content. Moritsugu has since continued her train of thought about anime and otaku culture, which you can find below.

“I don’t think the situation is that otaku’s hobbies have become mainstream, but that they’re no longer being warned by anyone about their harmful qualities. No one is teaching them that reading books, having barbecues, playing musical instruments, playing footsal, learning languages, or other forms of study will make their lives richer. And the reason why is because for big companies, otaku are the biggest suckers and the easiest to trick.”

Obviously this has made anime fans quite angry, and they've taken to Twitter to fire back at Moritsugu. At this point, it seems like Moritsugu is just trying to further rile up fans with comments.

I mean, she isn't wrong.

I mean, she isn't wrong.

She’s not wrong, we had to work really hard to get my sister doing things that don’t involve any computers or manga. Outside entertainment is hurting bad this generation.

Honestly, I much prefer older action-based anime like Inuyasha/Yugioh with a rich focus on story and great music, or old OVAs/movies like Ys/Kiki/Cat Returns rather than the flood of new anime that focus on being flashy or cute for the sake of it or act either too serious or not serious at all. I miss hand-drawn anime and how gorgeous it looked compared to modern anime, though Digimon Tri, Inuyasha Final Act and the new Pokemon seasons are at least good examples of digital done right with great stories. At least anime movies have still been really good...

And as much as I'd love to say that no, it's not bad to play games and enjoy doing new things with friends, I'm also a guy who's weirded out by 3 year olds being handed smartphones to play games that could be made by anyone (and thus not always safe content wise if the parent is careless and leaves the kid alone) instead of growing up with books or big toy playsets before eventually getting a N64 like I did. I think technology just changes and stuff like Pokemon Go at least proves people still want to meet and have fun with friends, even if it's in a different way.

Technically, digital animation is still mostly hand-drawn on TV. JoJo's Bizarre Adventure, for instance, is animated on ToonBoom, just like Gravity Falls, for instance, and both shows use the same process.

As for animation on cels, it's very hard at the moment to gather the supplies to do it. The Simpsons held out for as long as possible until they finally switched to digital around Season 14 (somewhere around there, at least) when the last mass supplier of cels had stopped making them, and the people behind Cuphead went through an enormous amount of trouble (and spent a lot of money) to secure the cels needed to make the game.

She's talking about a very specific group in Japan, right now these are the guys that simply buy tons of collectible stuff. Companies always make collectible stuff for movies, games, anime and whatever they make, because these groups buy them instantly, so they are always thinking in new ways of getting this merch sold to those groups. We call Otaku here in the west at anyone that reads manga or watches anime, In Japan the term is a bit different.
Though, I seriously think is not the companies fault or either the so called "Otaku"'s fault, it simply happened and companies are taking the advantage of this popularity and creating a tremendous amount of merch. Is just a market just like everything else, you could say the same about the new Marvel/DC movies or the extreme popularity of comics these days or even videogames. So I really don't think is wrong, is just the market that is always evolving along customers.

On a side Note, I don't think digital is a bad thing, specially considering all the resources needed to produce cell animated cartoons and anime. The real deal is if it's hand drawn or not, and currently Anime is almost the only one that is still hand drawn (instead of using animation with bones, similar to 3D). Technology is not a bad thing, the deal is how we use them.
So anyway, I kinda share your point of view, though I'm not into the same Anime as you do. The only thing I dislike of digital anime is when series abuse of 3D Or in Western Cartoons when all the animation is made with bones and looks really cheap. Though right now Western Cartoons have been using hand drawn animation a lot more. I simply wished the west would make more mature cartoons like Japan, which has a plethora of genres, including horror and mistery.

We don't need extroverts to tell us what to do. Let us enjoy our way of life in peace.

Heh, here I thought she was going to talk about how otaku are getting ripped off left and right by the anime industry. I mean, this is a group that compares each other based on how much they spend toward particular franchises (conspicious consumption, in other words--anime home video and anime merchandise are textbook Veblen goods), and Japanese fan clubs consist largely of high-priced subscription fees while you get almost nothing but proof of continued membership.

That's a con if I've ever seen one.

Insert Hannibal Buress: why are you booing me? I'm right!

Wait she's calling them easy to trick suckers but thinks Marvel is the ideal for anime?

Dang, I expected something more scathing. She isn't wrong. Moe kind of evolved (or degraded, really), and modern moe has helped ruin anime. But that is also because otaku are suckers. They're super fickle, but they are suckers. Companies and otaku are equally at fault, but it's also a shame that otaku don't realize how they could be improving their lives, as she mentioned.