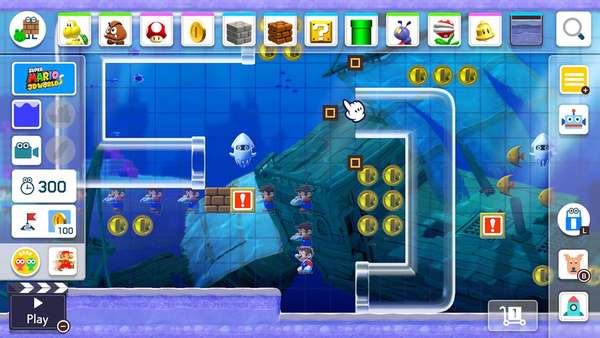 Nintendo has had a very good week in the UK. Software sales for the week of June 29th, 2019 reveals that Super Mario Maker 2 took the #1 spot, and is the biggest launch in the UK this year. Bloodstained: Ritual of the Night came in the charts at #8, which was largely due to the Switch version, as it sold more in its first week than the Xbox One and PS4 version combined in their first week. The boost from these big titles also saw Mario Kart 8 Deluxe, Zelda: Breath of the Wild, and Smash Bros. Ultimate rise up in the charts as well. 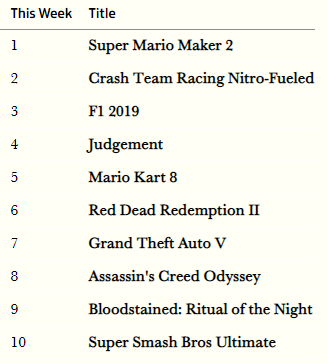 Wow- didn’t expect Bloodstained to do so well on Switch given all the backlash on that version.