Bethesda explains why they're supporting Switch when they didn't support Wii, detail the success they're having on the platform 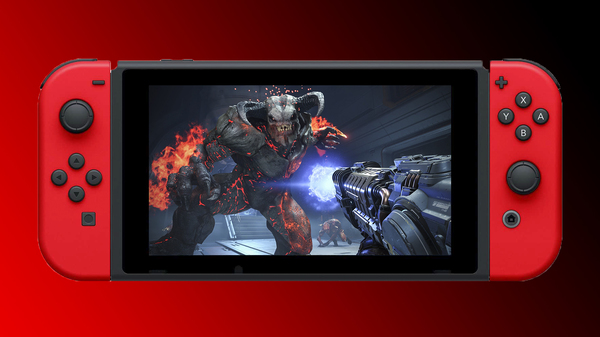 Bethesda's support on Switch is night and day versus what they've done with previous Nintendo platforms. Why is it that Bethesda is on-board with the Switch when they didn't support platforms like the Wii? GamesIndustry asked Pete Hines, SVP of global marketing and communications for Bethesda, this very question. It lead him to give quite a detailed response, which eventually lead into discussion of how well Bethesda's output is doing on Switch.

"Well, that was more our philosophy has always been that anything that we are creating, we are happy to bring to as many platforms as will run the game as designed and envisioned. The Wii was just not in the same area that the other consoles were at the time. The issue of: 'Well, Wii folks won't play this.' Maybe they would or maybe they wouldn't, but why even speculate? I can never get this game to run on that so it's a moot point.

Certainly, you're not the wrong in that the level of support we have for Switch looks pretty dramatically different if you compare the last couple of years to the previous 15. I think that's due in large part to what that console could do versus any other Nintendo platform relative to the other platforms we were making games for.

One of the things we discovered in talking with Nintendo, is that there's a segment of their audience who plays other kinds of things on their platform that also likes our stuff. And there's a segment of their audience -- and it's a healthy size -- whose entry point into the platform is our title. [Nintendo] can see what is the first thing people play on a new Switch account, and when it's a Doom or a Skyrim, they're like: 'Somebody got a Switch and decided to play your game before anything else.'

It's interesting to see. It definitely fits an audience that [Nintendo] already has, but it's also clear that we are bringing some new people to [Switch]. I met a guy yesterday who said that the first things they bought on Switch were Doom, Wolfenstein and Skyrim because they are the sort of thing they wanted, and the fact they were on the Switch made them get a Switch."

Aren't Doom and Skyrim the two things everyone says literally every piece of tech can play? Ha ha

(I know they're referring to modern Doom and not classic Doom)

Oh sure Bethesda. I'm sure that no one will still play your games considering how buggy and unpolished they are.

Except that millions do play their games...

They could have easily ported Fallout 3 to Wii U. Having 3rd-party support would have really helped the Wii U.