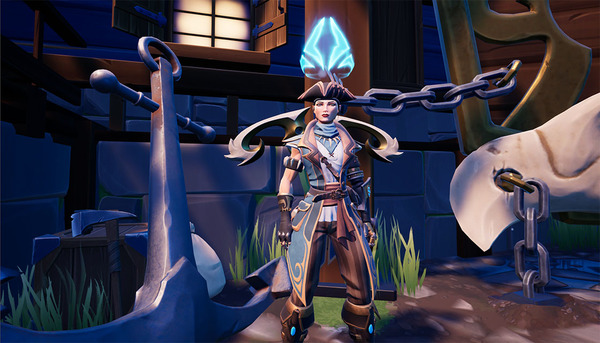 Dauntless may not be on Switch yet, but it's coming later this year. When it does arrive, we can look forward to the 'Fortune & Glory' content update, which goes all-out on a nautical theme. Check out full details below.

THE TRIALS OF LADY LUCK

If you’ve been looking for a way to prove your prowess, take it up with Lady Luck. She and her crew have towed an entire island to the edge of Ramsgate, eager to test the skills of the Shattered Isles’ most veteran Slayers. And you will be tested. These Behemoths are enhanced by dangerous modifiers, making them deadlier than anything you’ve seen in the wild so far. Think Nayzaga with Ragetail Gnasher’s shockwaves and Shrowd’s near-sight vision. Ouch.

Just in case the promise of a good fight isn’t enough to bait your hook, Lady Luck also offers exclusive Trials rewards. New weapon mods, special moves, and “Yes, I am that good” cosmetics can be purchased with Marks – a new currency earned through Trials successes. Spend Steel Marks on combat-enhancing items and Gilded Marks on looking good. Save up enough, and you can even fill in a brand-new cosmetic slot:

Try on an accessory from Lady Luck's shop.
Just one more reason to put your skills to the test.

WALL OF CHAMPIONS
For Slayers who lean more toward “Glory” than “Fortune,” there’s another reason to take on Lady Luck’s Trials: the Wall of Champions.

The Wall of Champions

The Wall of Champions celebrates the fastest completion times for each week’s Trial. Work on your approach, master those combos, and calibrate your gear to claw your way to the top of the leaderboards. We’ve even divided the Wall into Solo and Group times, giving you two different ways to approach every challenge. Maybe you’ll even top both one day.

FLAVOUR OF THE WEEK

Like our current weekly challenges, Trials will change up once every seven days. That means you only have 168 hours to master a Trial and dominate the leaderboards. Once the Trial changes, the Wall of Champions is wiped clean.

There’s one more thing we should mention about Trials: smollusks.

These snail-like creatures are the first aggressive fauna you’ll encounter while fighting on the Island of Trials. And while they might not look like much, a few unchecked smollusks can quickly turn a good run into a disastrous dance across miles of ooze. Take them out if you see them. We’ll be cooking up some other critters in the meantime.

Assassins are out. Corsairs are in. With the end of Hidden Blades on July 16, 2019, the season of High Skies officially begins.

High Skies is our first-ever season to include not just one Hunt Pass, but two. Slayers will start with Fortune & Glory – a corsair-inspired Hunt Pass tied to Lady Luck’s arrival – and end (later on) with the Zephyr Strike Hunt Pass. Each pass will feature a full fifty levels, two tracks (Basic and Elite), and a treasure trove of themed rewards. They will also be timed in the same way as previous passes – Fortune & Glory will run from July 16 to some time in August, and Zephyr Strike will begin immediately after.

Eager to see more of what’s coming in High Skies? Keep a tab open to playdauntless.com/hunt-pass/. We’ll be updating soon.