Namco and Nintendo were considering an Earthbound game for the GameCube 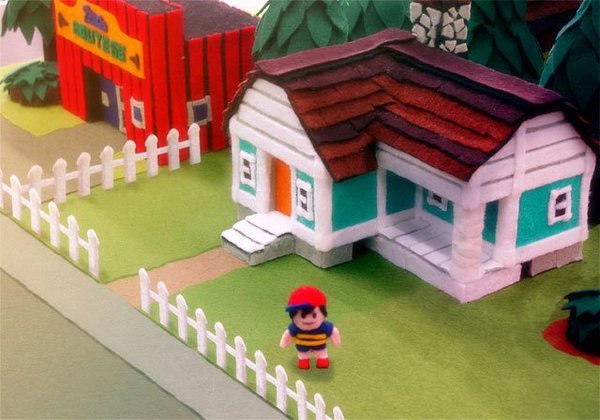 Yasuyuki Honne may work at Monolith Soft now, but back in the day he was part of Namco. News of the Iwata-san book coming from Earthbound creator Shigesato Itoi gave Honne reason to take to Twitter and share a story involving both Itoi and Iwata from back in the day. According to Honne, the two companies had a pitch session about potentially creating an Earthbound game for the GameCube.

“Looking forward to the Iwata-san book. I met both Iwata-san and Itoi-san in 2003 when Namco and Nintendo were considering to make a GameCube version for Mother (Earthbound). I created a mockup which was showed to Iwata-san. I felt Ito-san wasn’t interested, and suspected so as the conversation continued…

Then Itoi-san said, ‘In any case, perhaps Iwata-kun should come up with the story?’ Everyone in the room gasped. Iwata looked shocked. In the end the conversation drifted, but Itoi-san amused himself with the idea of the ‘felt taste’ that resembled America in the 80s. So this is the picture that I thought would never see the day of light again. My memories of Summer 2003.” 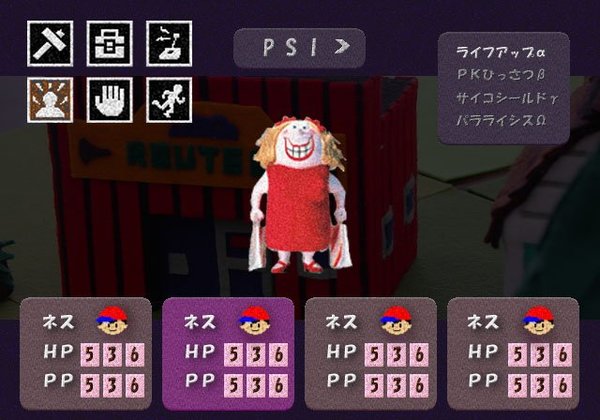 Honne shared the images you see in this post, which were apparently part of the mock-up he put together for the pitch session. Man, what an amazing bit of history to see surface after all these years!

Should make one now, even if it's just a modern remake of one or all of the previous games in the series for Switch.

A style something like that seen in the new The Legend of Zelda: Link's Awakening game would work pretty well imo, or basically kinda similar to the character models seen in the early game's instruction booklets.

So was it a remake or a new game? Itoi wouldn't make the latter but maybe remaking Mother 2 would work for him.

In some alternate universe, the Mother series has had a ton of entries that stay true to its formula but experiment with visual styles and things like rhythm and motion gameplay. Similar to the Kirby series.

The difference with Mother is Nintendo seems to really respect how central Itoi was to the series' quality (unlike HAL vs. Sakurai). And Itoi just isn't that interested in being a game developer.

The relationship of a company and the creator in regards to IP is always a case by case situation. I don’t think I remember reading anything about Sakurai showing a distaste for what Hal is doing with Kirby but feel free to educate me.

Nintendo for the most part really respects the creators and I believe that’s something to consider on why it’s hard to dish out sequels of beloved series. For Punch Out Wii, Iwata made sure to get the original director of the NES classics blessings before handing the job off to Next Level Games. Most creators would love to have that kind of relationship with IP holders especially in the film industry.

I remember there was a falling out for Kirby Air Ride, though I don't really see a problem with the Kirby games as a whole. There's jsut a lot more variation in target audiences. (Kirby's Epic Yarn vs. Kirby: Planet Robobot, for instance.)

But you can see that Sakurai is still somewhat mad at it, considering there are very few references to Kirby in Smash Bros. after Kirby Air Ride compared to Kirby games before it.

Was there really a falling out? All I've read on the subject was that Sakurai was tired of making Kirby sequels and wanted to branch out. I don't think the lack of references to newer games means he's mad, but certainly biased towards the games he worked on which is understandable.

Honestly not sure. It's hard to find sources for this, and what I can find is conflicting. What you say would make sense too, since I recall him talking about burnout making the Smash Bros. games too. (I suspect he keeps making them because Nintendo pays him oodles of money to do it.)

Just give us mother 3 Nintendo.