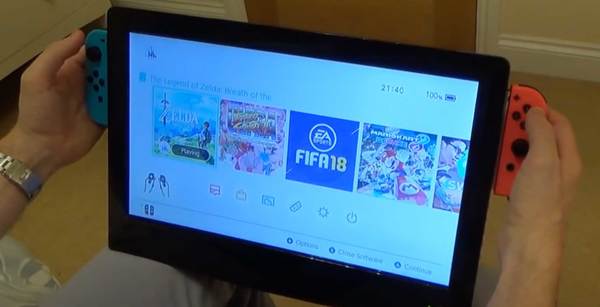 The Switch Lite was revealed earlier today, so of course Nintendo fans want to know where the Switch XL is now. Is the regular Switch going to get a revamp that retains all the features the current Switch has, while boosting the specs a bit? According to a CNET interview with Nintendo's Doug Bowser, nothing is planned...for now. Check out the snippet from CNET below.

The Lite isn't a sequel to the Switch. It's more of a lower-cost spin-off. It'll also be the only new Nintendo Switch hardware this holiday, as Bowser says the larger Switch won't get an upgrade right now.

Yes...not right NOW anyways. I've got my PR goggles on.

Nintendo will problaby reveal Nintendo Pro next year or later.

Oh we know it's coming sooner or later. It'll probably be revealed to combat the competition launch of the next generation. I hope it's a big upgrade, but that's unlikely.

Switch Pro next year, launches alongside Breath of the Wild 2

I wonder if the xl will be on par with the iPad pro interms of size.

I believe the switch pro will be a dock and not a handheld. You can play it as a standalone system but you can also dock the current switch and take advantage of the system power as well.