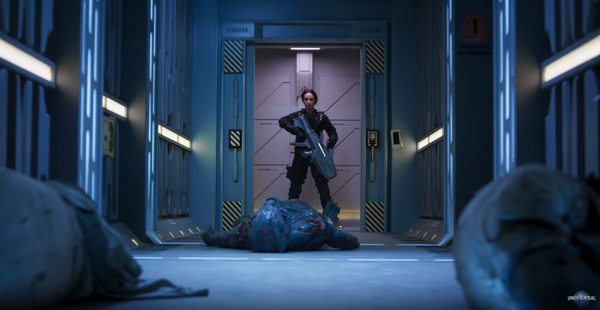 Synopsis: Based on the popular original video game, Doom: Annihilation is an explosive, terrifying thrill ride. On the darkest moon of Mars, scientists have found an ancient portal which allows teleportation throughout the universe. Considered to be mankind's greatest discovery, it's actually a gateway from hell, unleashing a swarm of demons looking to steal the souls of everyone who gets in their way. It's up to Lieutenant Joan Dark and an elite unit of Marines to destroy an ever-growing horde of bloodsucking and soul-stealing beasts and prevent them from taking over planet earth.

The film is executive produced by Lorenzo Di Bonaventura (Bumblebee) and John Wells ("Animal Kingdom") and is produced by Jeffery Beach (Jarhead 3: The Siege), Phillip Roth (Death Race: 4 Beyond Anarchy) and Ogden Gavanski (Cult of Chucky).

DOOM: Annihilation has had one trailer so far, and it wasn't exactly something to convince fans this will be a quality experience. Let's hope that at the very least, it ends up being cheesy good instead of cheesy bad.

Absolutely nothing about this project looks like a good movie.