Pokemon GO's next update to include new Appraisal system and more 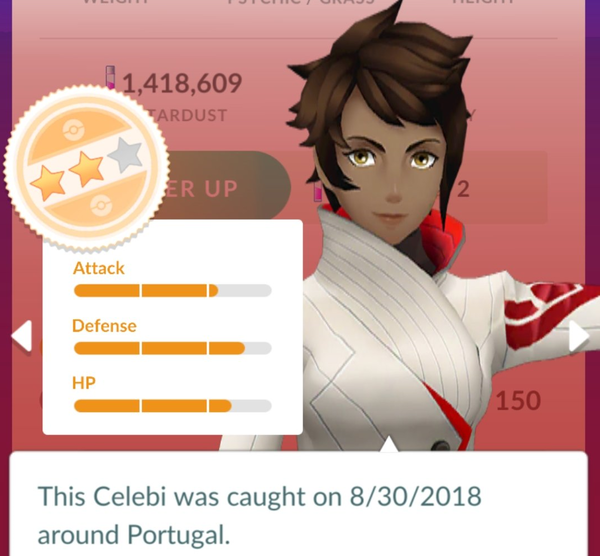 Pokemon GO's next update is making its way out on Android devices, and will be hitting iOS in the near future. Instead of being a standard update with the usual host of tweaks, there's something bigger this time around. This update reveals a new Appraisal system! Check out info on that, as well as other details on this update below.

- Appraisal system works similar to the IV Judge element in Pokémon Sun & Moon
- your Pokémon has a bar for the Attack, Defense, and HP stat
- the more filled these bars are, the better your Pokemon is
- there are also buttons to the left and right to let you skip between Pokémon
- this system also shows how large a Pokémon is and where it was caught
- if a Pokémon has perfect IVs, it gets a red stamp
- this update also confirms battles with Team GO Rocket grunts
- you will be able to capture Shadow Pokémon left behind by the Team GO Rocket grunts
- there will be Battle Minigames using Charged Attack gameplay
- provides a UI change to Trainer Battles, grouping things together for each Pokémon
- the update shows the amount of Pokémon and Shields left and the current Pokémon's CP
- the new attack button has been moved back down to beneath the list of Pokémon's attacks
- search for male, female and genderless Pokémon in the Pokémon list

Holy cow, I think you ARE on my list! Small world!