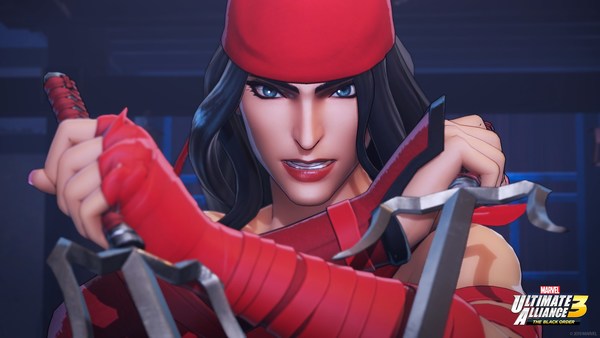 Marvel Ultimate Alliance 3: The Black Order takes you all over the Marvel universe to see your favorite locations, characters, and iconic items. The story was penned by Marc Sumerak, an award-winning writer who worked on multiple Marvel comic books over the years. Sumerak's method of bringing everyone together for Marvel Ultimate Alliance 3 can feel just a tad outlandish at times, but that just adds to the fun. It's pretty difficult to craft a story where tons of characters throughout the Marvel universe manage to cross paths, but Sumerak's work here does a good job of keeping you entertained, while pushing you forward to see what happens next.

While it would be impossible to include every single Marvel character, Marvel Ultimate Alliance 3 does a great job of bringing in most of the fan favorites, as well as a few fringe characters and lesser-knowns to keep things varied. Spider-Man, Captain America, Iron Man and other mainstays are front and center, while more peripheral characters like Spider-Gwen, Elsa Bloodstone, and Crystal are given time to shine as well. This variety of characters not only helps the story to stay fresh, but the gameplay as well. 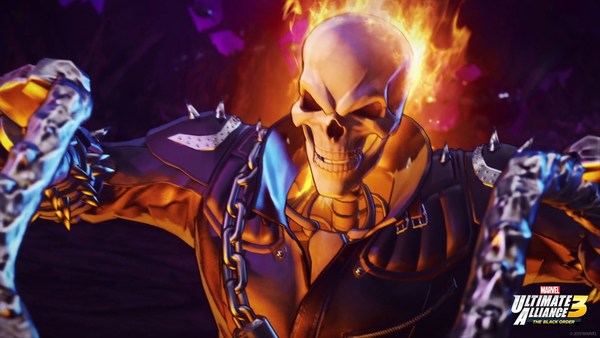 A big part of the fun with Marvel Ultimate Alliance 3 is finding not only the right character for you, but the best team to go with them. You have control over 4 different characters while playing, which are swapped between via the dpad. On your Hero menu, you get to select characters that you've unlocked as the story progresses. Depending on who you pick, you'll be granted a variety of bonuses to boost your prowess in combat. For example, putting together an all-female team, or a group of characters tied to Spider-Man will net you bonuses for power, defense, and more.

While each character has access to light/heavy/special attacks, they all control differently, and will utilize completely different powers. Star-Lord will fire off his Element Guns at enemies, which can also conjure up specials like a tornado. Spider-Gwen can gets up-close-and-personal for a flurry of punches and kicks, while also providing a web spread shot, giant web bomb, and more. Groot and Rocket work together as one unit to combine Rocket's insane firepower with the elemental aspects of Groot's body. Every single character deserves to be given a shot, as even similar characters like Spider-Man and Miles Morales will still provide enough tweaks in their moveset to feel unique. 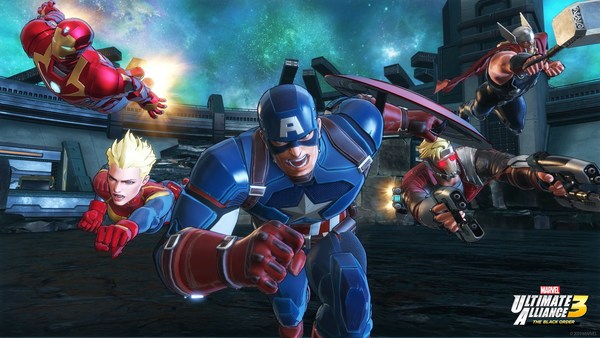 You can also level up multiple aspects of your characters as you progress. There's basic leveling, which happens as you're beating up enemies and making your way through stages. This will boost your overall stats, and then unlock other special moves depending on the levels you reach. Those special moves can be enhanced as well, so long as you have the right items to level them up. Then there's ISO-8, which can be collected throughout the game. ISO-8 crystals can be equipped to give permanent stat boosts to power, health, and more. There's even a power-up tree that expands from the inside out, which will also give you bonus upgrades to various aspects of your character. It might seem like a bit of overkill, but it's really just a variety of simple ways to keep growing your character and becoming more of a threat.

As all of these methods of leveling up require different components, and you'll sometimes find yourself stymied due to a lack of what you need. Thankfully there's the Infinity Trials, which will let you hop into challenges to farm these various elements. Infinity Trials are one-off challenges that let you revisit specific battles from the story mode, as well as unique challenges just for this mode. Each Infinity Trial has different tiers that earn you a variety of items needed to level up. A base challenge tier might have you simply beating the challenge, while the three-star tier will want you to complete the challenge in a specific amount of time without getting knocked down. Completing various Infinity Trials not only nets you rewards, but also opens up other Trials to take on. 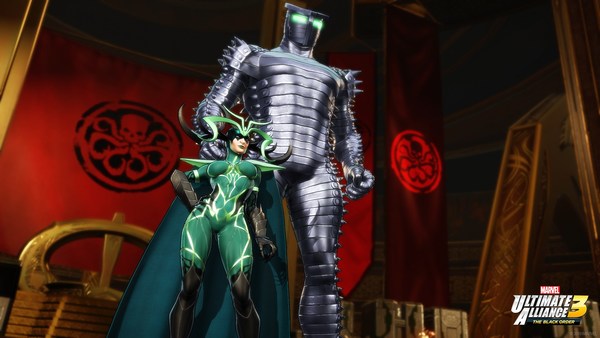 There's plenty to do and see in Marvel Ultimate Alliance 3, but again, it all boils down to the core gameplay. From start to finish, all you're doing is beating up enemies. Sometimes you'll take on 5 enemies at once, other times you'll tackle a wave of 20+ while a boss is beating you down. You'll even go up against multiple bosses who team up to try and stop you. The bigger enemies require you to break down their stun gauge, which will then let you wallop them for insane damage. You can even team up with your partners to do massive 4-character attacks that fill the screen with insanity. It's a non-stop, action-packed beatdown from top to bottom. There's a little bit of light puzzling in a few areas, but it's really just a very minor footnote in the experience. If you're a fan of games like Diablo or Gauntlet, you should really enjoy what Marvel Ultimate Alliance 3 offers. It's simple, mindless, and a ton of fun to keep plowing through.

There are a few minor issues along the way that are worth pointing out. Sometimes the game's camera can be a bit wonky, but in most instances you can swing it where best suits the action. Speaking of action, it can be difficult to keep an eye on where your character is in the heat of a battle, especially with tons of bodies and explosions packing the screen. You should be able to keep an eye on yourself most of the time, but there's no doubt you'll lose yourself during some battles. There's also the game's voice acting, which is actually pretty good most of the time, but a handful of characters seem to be slightly miscast. Half the time the game uses soundalikes from MCU movies, and other times it's voice actors doing their own thing. It can be a bit jarring to hear both combined, but not in a way that takes you completely out of the experience. 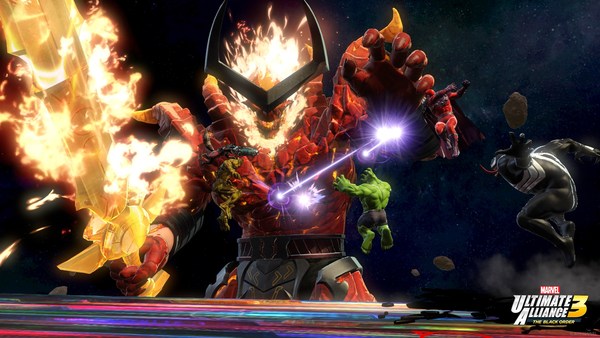 Marvel Ultimate Alliance 3: The Black Order is more of the same, and that's meant as a compliment. Considering how long it's been since the previous installment, it's nice to get back into things and have them feel familiar. The expanded character leveling is certainly welcome, and gives you a great reason to grind with multiple characters. It's fun to unlock new moves/abilities to see what everyone has to offer, and then max those out to become a true force to be reckoned with. The journey is a fantastic one if you're going solo, but the fun is multiplied exponentially if you have some friends to join with you. This is the kind of game co-op was made for, and having friends with you local or online will make the experience that much better.

Marvel Ultimate Alliance 3: The Black Order feels absolutely perfect for Switch. It's a multiplayer co-op hack-and-slash that plays to the system's strengths, and it's just flat-out fun. Sometimes you need a mindless experience that lets you live out your superhero dreams, and that's exactly what you'll get here. If you're a fan of the previous games, Marvel characters, or co-op action, you really can't go wrong.

And you've sold me on the game!