The Witcher showrunner says they are doing a 'straight adaptation of the books,' and the show will have no outright villain 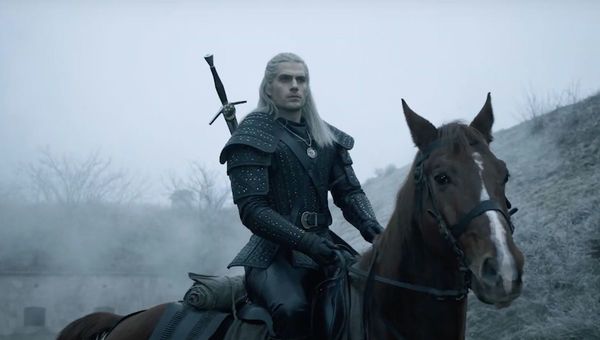 Will Netflix's Witcher adaptation be worthy of the franchise? We'll have to wait to find out, but the team involved are certainly excited. In an interview with Entertainment Weekly, showrunner Lauren Hissrich (Daredevil) explains how Netflix's adaptation will directly follow the books, and won't mimic what the games do.

We’re not adapting the videogames, it’s a straight adaptation of the books. Which is great as the videogames are also an adaptation of the books. They went one direction, we actually get to go another. We’re kind of holding close to our chest what we’re doing in the first season. There’s a lot of obviously epic excitement that starts in the saga of the books. But the short stories provided a lot of world building and lay the foundation of this Continent and the politics of it and the understanding of the people of it and those really came into focus in the first season.

One of the ways the team on this project plan to keep viewers interested is with multidimensional characters. There's not just good guys and bad guys.

It’s not a secretive aspect. There isn’t really a villain. One of the things we’re enjoying exploring is all the shades of grey in the books. The characters you’re rooting for in the beginning may not be the characters you’re rooting for in the end. And characters you hate and seem absolutely evil are motivated by something that’s really relatable and human and emotional. I found writing it and then watching it afterward that your allegiance switches a lot. You constantly try to put yourself in the shoes of characters and think what would you do [in a situation]. I think you’ll end up having a lot of empathy for characters you didn’t expect to.

Actually, the witcher videogame saga is not an adaptation of the books, they’re a sequel that happens some years after the last book.
Now, the fact that the director of the netflix live action doesnt know that, makes me worry.

The writer of the books would say otherwise :D, so the director isn't wrong.

Why would he say otherwise?

The author of the books kinda hates the games because he made a shortsighted decision to not ask for frequent royalty payments (instead he asked for a single lump sum payment for CDPR to get the game rights). I think he also sorta hates how the games became more popular than the books due to the games being more widely available outside of Poland compared to the books back when the first Witcher game came out.

In contrast to this, the author of the Metro books actually loves the games based on them so much that he incorporated elements from the game Last Light into one of his books (Metro 2035, which Exodus takes inspiration from), and says it was thanks to the games his original books got more attention to begin with (as I think before the games the books were mainly only available in Russia and Eastern Europe).