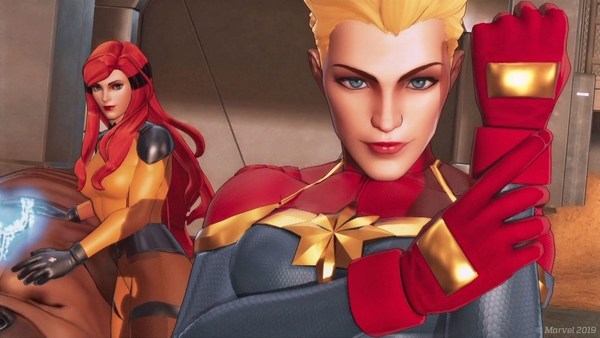 Marvel Ultimate Alliance 3: The Black Order is launching around the world tonight, which means some locations already have the game. As you might expect, dataminers have grabbed the game and are sifting through the contents to find what secrets are hiding within. On the very first night, it appears they've found info that could point to future character additions. To avoid spoilers, we'll post this content after the jump.

First up, we have four more characters that are mentioned in the data, but aren't playable in the game at this point. Those characters include Blackbolt, Medusa, Valkyrie and Vision. There's no concrete information pointing to these characters becoming playable in the future, but the data was mixed in with the playable roster.

Wouldn't be shocking at all, considering like Cyclops and Colossus, all four of those characters are already in the game as NPCs... also kind of weird that the king and queen of the Inhumans aren't playable, but Medusa's little sister is...

*sigh* ...sadly, my favorite Squirrel Girl probably isn't going to become playable... she's not X-Men or Fantastic Four, and unless she's also an NPC... well, it makes sense to make those playable when they're already part of the story...

Now you have me wanting to see Howard the Duck in as a playable character. Of course could also add the Human Fly as well if we can dive into other universes with Marvel's IP.

Love to muse about it. But probably hope isn't going to be bringing anything but mental nougat. Sweet to think about, but it isn't going to do much in terms of anything else.

Awesome more free characters is awesome. This roster will be massive.