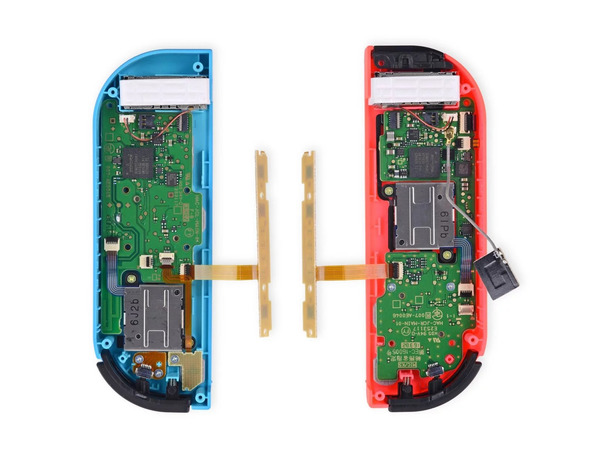 Earlier in the week, we saw a law office put together a class action lawsuit against Nintendo on the topic of Switch Joy-Con drift. There's been a ton of talk about this issue, and now Nintendo might be in a position where they have to legally defend themselves on the matter. Just how bad could things get for the Big N? Brandon J Huffman, attorney with Odin Law and Media, talked to GameDaily about what could come of this.

“I think social media has amplified this to be larger than it actually is. If 100 people total had this problem, and all posted about it and posted video, it does not mean, necessarily, that they are representative of millions more with the same issue. Time will tell if that hypothesis is correct. Whether this lawsuit will succeed is a crapshoot at this point… For Nintendo, the best case is it gets dismissed or the class does not get certified for some reason. Worst case is that Nintendo faces millions in damages and millions more in attorneys fees, but I think that is pretty unlikely.”

We'll certainly keep tabs on the situation and let you know how things are progressing. Nintendo is yet to offer up a statement on the matter, but I'm sure one is being crafted as we speak.

I have had no troubles with my joy-con...well, had one, wasnt this drifting, think was that syncing issue they had in the beginning...and was fixed visa update. I had system since launch date.

I had drifting problems on my OG left Joycon after around 8-9 months of usage. Sent it in for repair and the one I got back (be it a different or the same one but repaired) started drifting after around 5-6 months.

I know only one other person with a Switch and he's got the same issue but with the right joy-con.

Due to personally experience, friends experiance, and seeing post after post online of a lot of people having experienced the same issue, tech people pulling the console apart and showing a flaw where the joystick is rubbing on the contacts inside causing small particles of dust and wear which in turn is causing the drift, I would bet my entire life on it...and I have kids.

Do I think the lawyers will win? I'm..unsure. probably not, companies can do quite a bit to avoid paying.

All my consoles are properly cared for and have been using and properly using Nintendo products since the early 90s. All the controllers to every console I've owned by them have worked and still work. As for those who say theirs hasnt failed yet, congrats. I've had some fail 2 years after we've had them and one after the first year..but it's only a matter of time.. and who knows, maybe it wont effect everyone..but, might I point out that Nintendo has admitted that there has been factory errors on the first gen joycons which did cause joycons to have issues playing wireless from further distances and connection issues, so I find it hard to believe that if they had some issues on the first batch that it's just impossible to have some factory error in other places as well...especially since the orginal error was on the same controller that's causing the issue.

I dont think this was done purposely, nor is this a dig at Nintendo at all, I just want what's broken fixed so owners can play.

Never had drifting issues. And I plan to get another set of Joy-Cons when possible.

I love Nintendo, but I do hope they have to pay up and fix this issue. It's very real. My wife's joycon drifts, mine has just recently started drifting, and multiple coworkers have their joycons drifting, too. It's clearly a real and pervasive issue that aught to be addressed.

I've had the drift issues but I'm not really a big fan of class action lawsuits, the winners are usually only the lawyers with a minimal payout to those claiming, years down the line. I'd much prefer it if they started offering free repairs/replacements, that'd be a much quicker way to sort out the issue.

I've had trouble with 3 out of 4 joycon. Two left and one right one. I sent in the original joycons (both had issues within a month of each other) 10 months after release. My Left joycon was replaced, they repaired the right one. I've been using the set I bought to replace these exclusively and just a last week had drifting on my new left one. WD-40 electrical contact cleaner seems to repair them too. Temporarily at least.