Shigesato Itoi co-worker says it would be impossible for Itoi to create Mother 4, but they'd be glad if someone else did it 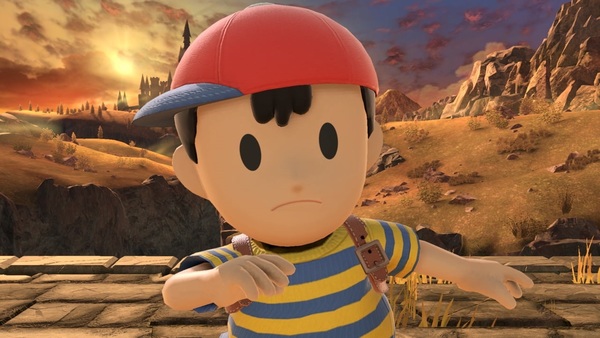 Earlier in the week, we mentioned that the most recent issue of Nintendo Dream had a feature on the 30th anniversary of the Mother series. In that feature was an interview with Yasuhiro Nagata, the editor in chief for “Hobo Nikkan Itoi Shinbun,” a website hosted by Shigesato Itoi. In a portion of the interview, a discussion of the potential for Mother 4 comes up. You can see the full discussion below, translated by JapaneseNintendo.

ND: Later after that, the information magazine BRUTUS published a dialogue between Itoi-san and Iwata-san about “MOTHER 4 is not being made”. That was also Nagata-san[‘s doing], right?

Nagata: I was in charge of the interview and its composition. The fact that “MOTHER 4 is not being released” itself has been told here and there, and we’ve always said it

ND: So after that feature came out, you’re not getting asked about it anymore?

Nagata: We get asked. It’s already shaped like a staple; even now we still keep getting asked about MOTHER 4 and the “buried treasure” (laughs)

ND: What is the current answer regarding that?

Nagata: Our stance is that it’s already impossible for Itoi to create it, and we’d be glad if someone else creates it. This has never changed either.

If Mother 4 were to ever happen, and Itoi wasn't involved, what team would you want to take it up? Is there anyone out there you'd consider worthy?

I'm on board with a franchise continuing past the creators vision so long as said creator gives you their blessings to do it. Hope is all I need to help me get through another motherless day.

Man, this would be such a megaton for Nintendo to drop. I see this requested so often.

I just dont see Nintendo doing it. They dont like using other people's creations that often. 2 examples:

Donkey Kong characters that aren't DK and Diddy. Rarely get used. K.Rool and the Kremlings got booted from the Retro games and Dixie, Cranky, K.Rool rarely ever appear in Mario spin-off titles. I think its because Nintendo doesn't want to use Rare's creations often as they feel they wouldn't do them justice.

2nd Krystal in Star Fox. Krystal another Rare created character that Nintendo kinda likes to forget existed. Not having her in Zero or Starlink.

Shit I could even make the argument for Waluigi and why he hasnt made any appearences in mainline Mario or Wario Land games. Simply due to the fact he was made by Camelot and not Nintendo themselves.

So I doubt Nintendo would continue the Mother series without Itoi and by lesser extent Iwata. Its sad but probably true.

And Rare gave us the current design for DK still used today. Rare used actually supply the models to Nintendo for past games before MS bought them.

Yeah but those were decades ago. K.Rool hadnt appeared in a modern Nintendo game for 10 years before he was brought back to Ultimate solely due to fan demand through the ballot. Had he not K.Rool would've remained a relic of the past due to Nintendo's stubborness to not use characters created internally by them. Why was K.Rool not in Returns or Tropical Freeze. Why is Dixie NEVER in Mario Tennis/Kart/Golf/Party?

What Im saying does have merit. Nintendo is notorious for not using characters not made by them as often as they could. Why do we not get Dixie, Cranky, Funky, and Rool. Hell even Diddy has disappeared from Mario Kart now but we get characters like Pink Gold Peach, Baby Rosalina, and other crap characters like that?

Yeah but those were decades ago.

Why does Dixie need to be in all the Mario sports games? Funky Kong was in Mario Kart Wii. Dixie was in both Mario Baseball games. And like I said there was Donkey Kong King of Swing, DK Jungle Climber, Donkey Konga, and DK Barrel Blast. Those happened. Just because it happened a long time ago doesn't mean it didn't happen and they don't count.

You're "Nintendo is too stubborn to use characters they didn't create internally" hold no water. If that were true, none of those examples would exist. Tropical Freeze wouldn't have Dixie, Funky, Cranky as playable Kongs. Hell, even Diddy Kong wouldn't have appeared in anything after the Rare buyout.

Pretty sure Waluigi's sole reason to exist is to give Wario a partner in Mario spinoffs.

Wanna make easy money? Port mother 1-3 to the switch. Ill pay 100 dollars for that. Then after that, make part 4

Why exactly is it impossible for Itoi to do it?

He is like a multi-talented man that does a lot of things, so I don't think he wants to do it.

That was my reaction. I don't get it.

Because he is an eccentric professional writer. He's not an actual game developer. Peronality types like that tend to exert a lot of passion and emotion wherever they go and in whatever they do. He has documented quite clearly in the past that each Mother game was a tremendous effort on his part and took a toll on his very being. The way he describes the journey to get even the first Mother done sounds like something out of a drama movie. Then came Mother 2 with its technical hurdles and other issues. But most of all, I think the rollercoaster ride that was EarthBound 64 being cancelled, to then finally arriving in the form that it did as Mother 3, ultimately took the wind out of him for good. Mother 3 in particular is by far the most depressing, disturbing and warped game he has ever been responsible for. He channels whatever he is going through at the time into his work, so I can't imagine what dark places he must have been in. So just even thinking about Mother 4 for him must be like poking a still-healing wound with a stick. It is too much for him.

Mother 4 would probably go past the limits of what can be reasonably dark and depressing if he was ever forced to. But the man has set a hard limit, and it must be respected. When a creator considers the finality of something, they usually mean it. So when he says he'd like to see someone else do Mother 4, that is lowkey him admitting 2 things: That he'd be out of the picture and protected from further pressure and anguish from toiling away at this kind of game and narrative, and that whoever else would be in charge would (Hopefully) not be as prone to being depressive and can inject a good positive energy into the project. That's just what I can gleam from based on my observations. People scratch their heads and wonder aloud why things can't just happen, but it is a lot more nuanced than that.

Even though I know it's impossible, Toby Fox from Undertale would be an excellent pick. The dialogue in Undertale and Deltarune is fantastic and tonally similar to Mother in general.