New info emerges from the shadows
21 July, 2019 by rawmeatcowboy | Comments: 0 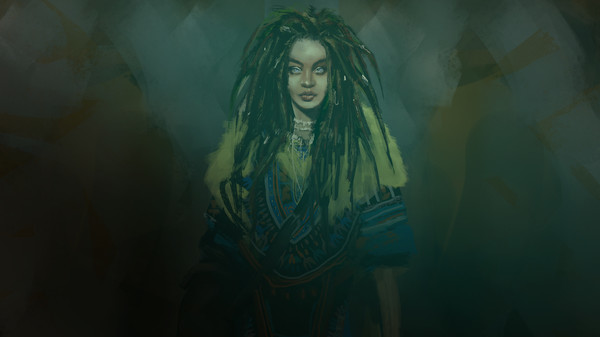 It's been awhile since Vampire: The Masquerade - Coteries of New York was announced for Switch, but it looks like developers Draw Distance are gearing up to share some new content. The official website for the game has been updated with a massive overview, and it promises that first gameplay footage is coming in August. Until then, check out the new details below.

Vampire: The Masquerade - Coteries of New York is a unique single-player blend of atmospheric adventure and emotional narration full of choices, set in the rich, licensed universe of Vampire: The Masquerade 5th Edition. The game presents the bitter conflict between two vampiric factions - the Camarilla and the Anarchs – which plays out among the night lights of New York City. As a newly-fledged vampire you have to learn what it means to be one of the Kindred in an enormous, vibrant metropolis. You will meet other vampires, thin-bloods, ghouls, regular mortals... and more.

You can choose a character representing one of several vampiric Clans, each of them with unique powers, different ethical dilemmas, and dialogues. Your experiences will test your morality and force you to take part in a struggle for power between rivaling factions. You’ll feast on the living and ask yourself about the very nature of humanity while resisting the lure of the Beast inside you. Your choices matter and are reflected during the game as well as in distinctly different paths to the finale. Additionally, character-oriented quests allow you to create your own coterie and shape the relations with your companions.

Once a Sect accepting all like-minded vampires, the Camarilla has tightened its ranks in response to the threat of the Second Inquisition and the cracks in its previously stable pillars. Now even more elitist than before, they see themselves as the only viable option for upholding the Masquerade, but its feudal organisation calcifies the divide between the powerful Elders and their
Childer, who are expected to accept their subservient place in the structure.

Less of a cohesive organisation, and more of a political Movement, the Anarchs have existed as a counterpoint to the Camarilla's strict order for several centuries. Their struggle in modern nights is the same as ever – in order to secure the freedom they seek, Anarchs face the risk inherent to being simultaneously disorganised and maligned by a powerful, seemingly monolithic Camarilla – only now, they also have the Second Inquisition breathing down their necks.

The first-ever Vampire: The Masquerade game on Switch

Vampire: The Masquerade - Coteries of New York will be the first game set in the World of Darkness universe on the Nintendo Switch. This offers interesting opportunities, such as playing the game in handheld mode. You will be able to take Coteries of New York everywhere you go. We have a lot of experience in developing Nintendo Switch games and we’re eager to bring this unique title to Switch fans .

For most of the 20th Century, the Camarilla has had limited influence in The City That Never Sleeps. They were the underdog, having to work in constant danger of being confronted by the more numerous forces of the diabolical Sabbat. This changed in 1999, when a coordinated effort dubbed The Battle of New York won the sect a secure spot in NYC.

Hugely important to the Camarilla, which was losing nearly everywhere else on the East Coast, it was more of a Phyrric victory than a straight-up triumph. The Anarchs stayed on the fringes of that conflict, and jumped at the occasion to reclaim parts of the
city that they were present in for almost as long as it was standing. Traditionally boxed in on Staten Island, they started spreading throughout all of the Five Boroughs, though their progress was slow and unsteady.

More than a decade later, a mix of political strife and a violent Second Inquisition operation shakes the two organizations to their core. What seemed like a stable status quo began to show its cracks, and more radical members of both sects began plotting to shake up the stagnant city. The accumulating tension may soon erupt into open confrontation, and New York City might again be engulfed in a secret war of the undead bloodsuckers who hope to rule it from behind the scenes...