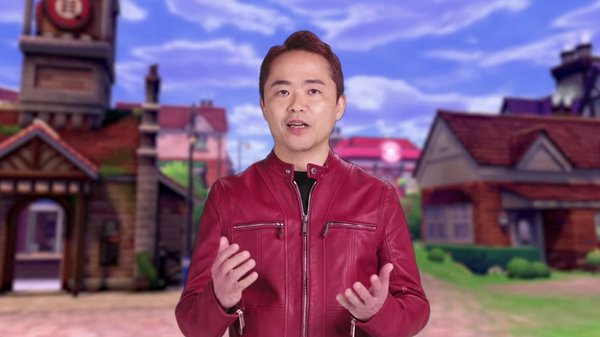 While Nintendo might have some say in what goes on with certain aspects of Pokemon games, they mainly act as the publisher. Development duties are handled by Game Freak, and have been since day one. Game Freak's Junichi Masuda wanted to make that clear in the latest episode of Game Freak's YouTube series.

Masuda talked to 200 different people to ask them who created the Pokemon games, and apparently nearly 100% of those people pegged Nintendo as the developer. Furthermore, those same people believed Masuda worked for Nintendo, and not Game Freak.

Moving forward, Masuda is hoping that more people come to learn that Game Freak is behind the Pokemon series.

Considering the recent backlash, is now the right time to remind people of who you are?

Hmm... I honestly can't decide if this is a surprise or not...

So he learned that most people don't understand the difference between a publisher and developer. Just in general most people can't get that. Nor can they understand that just because Nintendo is listed as a publisher on the eShop doesn't mean they actually published it, they don't want to make a separate category for the rare cases when they localize and distribute in some regions. Nintendo isn't publishing Daemon X Machina.

As I said in the comment, the name Nintendo puts on the eShop as publisher isn't necessarily the actual publisher, they are just using "publisher" as shorthand. It would be very obtuse if Nintendo had to specifically code the eShop to say distributor in the few cases when there is one, its a lot easier to just list the entity directly interfacing with the consumer, aka distributor, as the publisher. Publisher is the company who is funding the game. Marvelous is funding the game, Nintendo is not. Marvelous is in turn the publisher, which of course never directly specified in marketing materials. What Nintendo is doing is marketing, localizing (presumably), and handling distribution of the game in all territories outside of Japan, AKA handling the financial side of localization, hence them being a distributor. But again, it would be obtuse to list them as the distributor in this instance on the eShop, and most people would not only not care about that difference, but it probably will sell better if Nintendo (the distributor) is listed instead of Marvelous, since its their console and they have a far bigger brand in the West than Marvelous.

Considering the recent backlash, is now the right time to remind people of who you are?

And then Nintendo gets sued for false advertising if GameFREAK didn't make this clarification.

And now people want Masuda get fired like Iwata was wanted to once upon a time (and these people want Miyamoto get fired too). Becareful of what you wish for people...

People everywhere think Nintendo is directly responsible for every game that appears on their platform, exclusive or not.

It's kinda of confusing, Creatures, Game Freak and Nintendo. Don't they share like a third of the IP?

I think it's also tricky because it's kinda like how Sony owns the Demon Souls and Bloodborne IPs. So if From wanted to make a sequel they'll need to make them with Sony. Probably why then they made Dark Souls.

I suppose Game Freak could have made a Pokemon-like game with another name to fully own it, but the growth of the brand has been too big it'll be senseless to do so. Though I do wonder if they'll ever reach a point to have both the interest and profit to fully own it.

Nintendo, just buy gamefreak already. With that extra funding, you can make them do better graphics and make it possible to put all Pokemon.

My dad is Nintendo and he said that Mario makes Pokemon games.

To be honest it’s a completely understandable misunderstanding for the general public to make.

I’m more curious as to why Gamefreak felt the need to address it. Maybe Nintendo were getting flack from Pokemon fans over the apparent issues with Sword/Shield and told Gamefreak to make this video so the backlash could be directed at them and not incorrectly at Nintendo.

That's what I'm guessing too. "Don't blame Nintendo, blame us."

(Makes me think of the reverse happening at Square-Enix, where if any unpopular decision is made, you can expect people to blame Tetsuya Nomura for it regardless of how little involvement he had, as if Nomura is the only person who works at Square-Enix.)

I've never thought Nintendo makes the Pokémon games. They often help with Pokémon games (like when Iwata helped with Gold / Silver to get both Johto and Kanto on a single cartridge)

However I do feel they (GameFreak) really miss communicated removing the National Dex from Sword & Shield (I still think it's inevitable). That's on them, not Nintendo.

Wasn't Iwata part of HAL at that time? And HAL isn't officially Nintendo's either

There is a protocol to how logos and studio names are displayed when a game starts up, and for some reason the publisher typically gets "top billing". That's why people often assume they made the game.

I wouldn't be opposed to the actual developer having their logo displayed first and most prominently.

We'd be blessed if Nintendo did.