Pro Wrestler Cody Rhodes shares his top 6 Zelda games, and he wants to hear yours 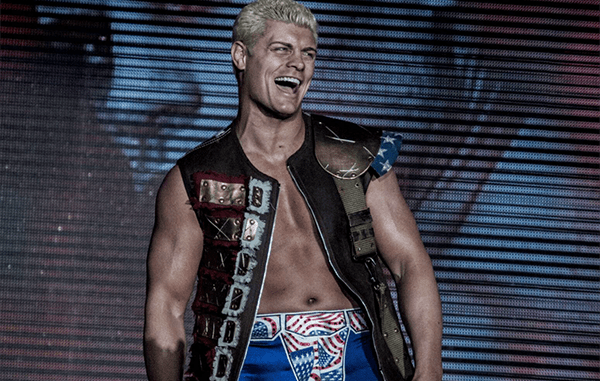 We've talked about professional wrestler Cody Rhodes quite a bit here. He's a big fan of video games, and loves the Zelda series in particular. Back when he was in WWE, he had the Triforce emblazoned on his boots. Now on his path to getting AEW off the ground, he continues to work in video game references and show off his love of Zelda.

Give me your top-5 Zelda games

Yea I added one. Skyward is my least favorite. HM-links awakening, majoras mask, between worlds

In one of his recent tweets, Cody took the time to share his top 6 Zelda titles. It was supposed to be top 5, but he just had to throw one more in there. He's also asking for input from other fans to hear what they like. Hit up the tweet above and share your replies. I know I did!

"Skyward is my least favorite. "

Animal Crossing: New Horizons will allow you to move users and save data to another Switch "later this year"
Feb 21, 20:11 by enthropy
Mortal Kombat co-creator says having the series represented in Smash Bros. Ultimate would be 'a really cool thing to see'
Feb 21, 20:11 by tmtigran Feb 21, 19:25 by jd
The Legend of Zelda celebrates its 34th anniversary
Feb 21, 19:39 by pajob
Shin'en discusses why they went with voxels for The Touryst, and playing with the "absence of things" to create a special look
Feb 21, 19:36 by pajob
Musician St. Vincent says she's put 300 hours into The Legend of Zelda: Breath of the Wild
Feb 21, 19:28 by kendricklamario