Mario Kart 8 Deluxe undergoes some changes for its Chinese release 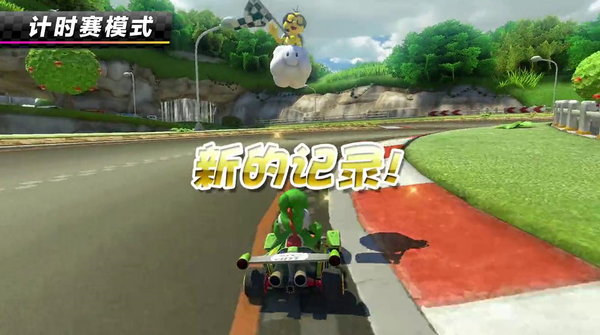 Mario Kart 8 Deluxe is seeing release for Switch in China, and we'll most likely get specific release details next week. What we have so far is a trailer showcasing the Chinese version, and it reveals a few changes from the game in other regions. Check out a rundown of the differences below.

- English Text for "New Record!" and "You Win!" in the current Chinese option have been changed to their Chinese counterparts
- online mode was changed from Internet to Online Multiplayer
- the "OK" button has been changed to Confirm
- Nintendo Labo setting is missing
- Online Multiplayer menu does not feature worldwide multiplayer: Only Regional, Friends & Rivals, and Tournament options
- Bowser Jr. is now "Bowser's Son"
- King Boo's name and the Boo item's name were altered from 嘘嘘鬼(王) to 害羞幽灵(王)

"- Online Multiplayer menu does not feature worldwide multiplayer: Only Regional, Friends & Rivals, and Tournament options"
So the system will be region locked in China.

That's the most obvious guess. Then again, China is a big country, so they can manage if the Switch gets big enough.

Well yeh, it's called the Great Fire Wall of China for a reason... of course Nintendo has to follow the Chinese government's rules or they wouldn't be allowed at all.

I think Shy Ghost King is a great name