Creating a sense of freedom
by rawmeatcowboy
26 July 2019
GoNintendoGN Version 5.0 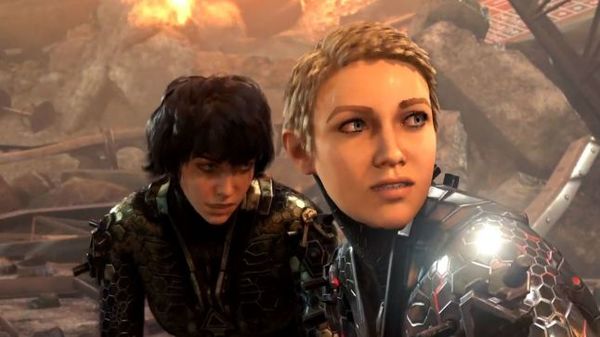 Wolfenstein: Youngblood is a spin-off for the franchise, and it's doing a whole bunch of things differently. One of the biggest changes comes from the open nature of gameplay, as there's a lot of opportunities to pick where you want to go and what you want to do. In an interview with Gamasutra, executive producer Jerk Gustafsson explained how that approach was decided upon.

A lot of it has to do with the decision to make Youngblood a cooperative experience as that has forced us to think in a much more non-linear fashion, not only when designing gameplay and levels, but also how we approach the game narrative.

The foundation was however laid a few years earlier when we began development of New Colossus. One of my main “we should’ve done that differently” from the New Order development was that we didn’t allow players to revisit locations for completion (to find missed secrets and collectibles etc.) without having to restart and play through the game from the beginning.

This led me to adding the “complete the game within the game” statement to the key focus areas of New Colossus game design. But this came with a price, and a rather costly one too, as our primary focus continued to be on story and the campaign that guided our player through that narrative. Everything related to “complete the game within the game” became secondary and we ended up with scope cuts that forced us to make design decisions that were more focused on timesaving than good user experiences.