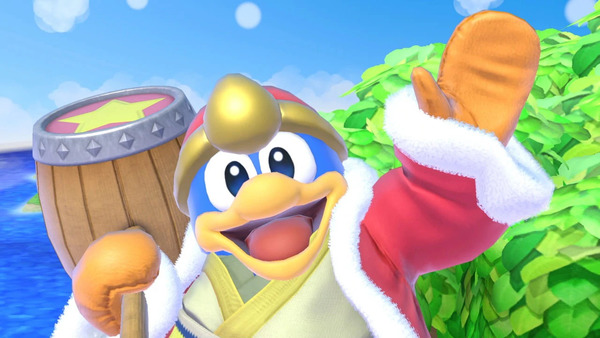 The latest issue of Nintendo Dream includes the results of a survey where readers were asked to pick which Nintendo character would make for the best king. Not surprisingly, King Dedede took the crown, as Nintendo Dream readers love the Kirby franchise. Check out who else made the list below!

I only have one complaint about this list. Where's the love for King Hippo?! He's got the King moniker already, and he wasn't even mentioned!

Makes sense too. King Dedede, despite coming across as villainous, is always putting the well-being of his land above himself. It's just that he tends to act without informing anyone else of it, so when he starts seizing control of artifacts or tampering with weird forces, he comes across as the bad guy.

King K.Rool at #8? These ignorant fools! I cant wait for them to get a taste of K.Rool's lizardy surprise!

But seriously just glad to see K.Rool make one of these Nintendo Dream polls at all.

Animal Crossing: New Horizons will allow you to move users and save data to another Switch "later this year"
Feb 21, 19:00 by ridleysaria
Top 10 highest-grossing games digitally for Jan. 2020
Feb 21, 18:37 by hgmule
Mortal Kombat co-creator says having the series represented in Smash Bros. Ultimate would be 'a really cool thing to see'
Feb 21, 18:29 by laiceaterna Feb 21, 18:26 by xcanadianrambox
Story of Seasons: Friends of Mineral Town hits 200k sold in Japan
Feb 21, 18:02 by zonned87
Final design of the Mega Man Zero/ZX Legacy Collection Limited Edition bust shown
Feb 21, 17:56 by yazuka