Don't get too cocky
by rawmeatcowboy
09 August 2019
GoNintendoGN Version 5.0 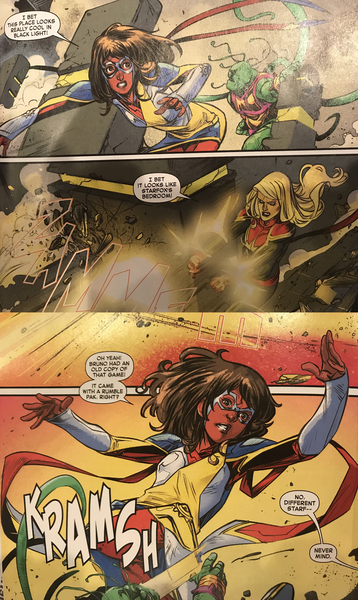 The latest issue of the Marvel Team-Up comic featuring Captain Marvel and Ms. Marvel has a snippet where the two are talking about StarFox. Captain Marvel is the one who brings up StarFox, and she's actually talking about Marvel's StarFox, who was also known as Eros of Titan. Ms. Marvel doesn't know who Eros is, so for her, the only StarFox that makes sense to her is Fox McCloud and his team! Nice to see this little nod thrown in, as I know I thought about it the first time I found out who StarFox was!