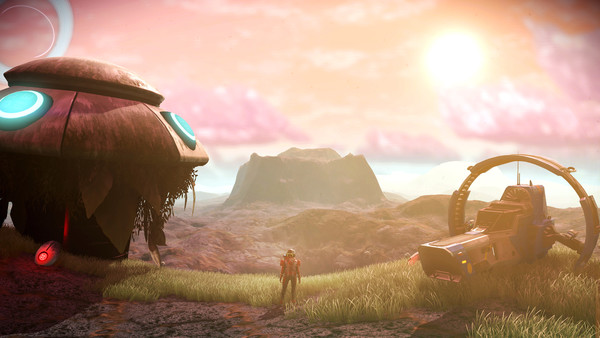 No Man's Sky was hyped beyond belief before it came out, and then it landed with a thud right out of the gate. This forced the dev team to hunker down and try to set things right. By and large, it seems like they've made a ton of improvements that have fans quite happy, delivering on some of that early promise.

Switch owners haven't had the chance to see what No Man's Sky is all about, but could then? Game Informer talked to Hello Games' Sean Murray, and it seems like at the very least, there's a chance.

Thanks to Dondom95 for the heads up!
Submitted by: dondom95
Source: Link
Rating: -4

I may be wrong, but shouldn't this game warrant a second review?

I've heard it changed way too much from what it was when it released. Haven't seen if it's a more complete game now.

I may be wrong, but shouldn't this game warrant a second review?

I've heard it changed way too much from what it was when it released. Haven't seen if it's a more complete game now.

The game was garbage upon initial release. From what I hear now, it's actually really good and probably does deserve another review

I'd be down to give it a go on Switch! I have a couple of friends who really like the game in its current state.

If they can get enough fan interest and the Switch can run the game, then port it over, why not?

I personally don't have much interest in this game at all, but if I were to play it, it'd be on PS4 with the update that adds VR.

The only reason I want this game now is because of VR. There are so many other space games "out there"...