River City Girls is local co-op only, DLC being considered 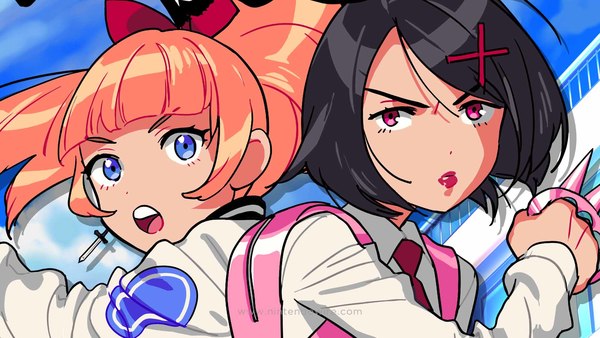 River City Girls is a new spin on the River City franchise, putting the females front-and-center and giving the series' usual 8-bit approach a new pixel-style makeover. Still, the game remains a beat'em-up at its core, and in an interview with Nintendo Life, WayForward's Adam Tierney reveals that while co-op is included, it remains local-only.

Because there were so many systems and so much content to build from scratch in this first adventure, we decided to keep co-op local. Brawlers also tend to be more fun when playing with a friend in person, arguing and trash-talking with each other. I don’t know whether online multiplayer is something we would consider adding to this game later, since everything was designed around the idea of local co-op only. But I could definitely see us exploring that in a follow-up game.

As with any games nowadays, fans are curious as to whether River City Girls will feature DLC. While nothing is set in stone yet, the desire to create DLC is there.

I hope so! We have some fun ideas, but nothing’s in production at this moment. I can say that both WayForward and Arc System Works were very pleased with how this game, and our partnership, turned out. So if the game sells well, I think there’s a good chance you’ll see more River City adventures from WayForward in the coming years.

While some are understandably upset at the lack of online co-op in games, I do find couch co-op to be the most enjoyable for these types of games. It's not the same as voice chatting with your friend from another location. (Not to mention the voice chat implementation for the Switch right now is... well... you know)

What I mean to say is, couch multiplayer is my preferred way to multiplayer games. It's been nice to see a resurgence in couch co-op/splitscreen since the Switch's release as I feel it started to disappear with the XBO and PS4.

That is a major bummer. I guess I'll be going it solo.

This is kind of disappointing news... kind of reminds me of what Ubisoft did with Scott Pilgram.

Oof, that sucks. I'll still add it to my "wait for a sale" list as I have more than enough games in my backlog as it is.