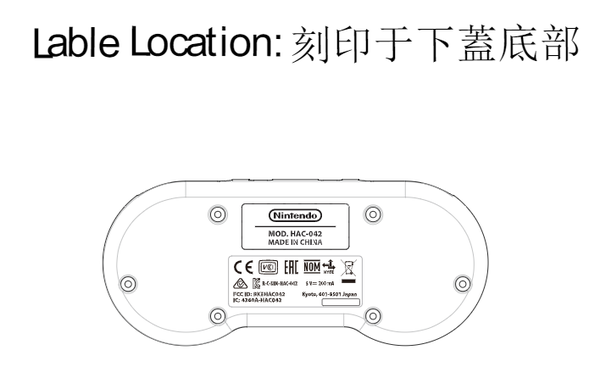 Nintendo has recently submitted a file for a new bluetooh-powered controller. The image above appeared in the Federal Communications Commission ID database, and the controller very clearly resembles a SNES controller. The device’s FCC ID is BKE HAC-042, in which "BKE" refers to Nintendo products and "HAC" is a common prefix for Nintendo's FCC IDs.

In short, it appears that there may be SNES controllers coming to the Nintendo Switch. If this is true, then it's very likely that we'll see SNES games appear on the Switch as well. We'll have to wait for an official announcement from Nintendo, but if these images are appearing in the FCC database, then it should not be long before an announcement is made.