Wolfenstein: Youngblood's executive producer talks about the political nature of the game 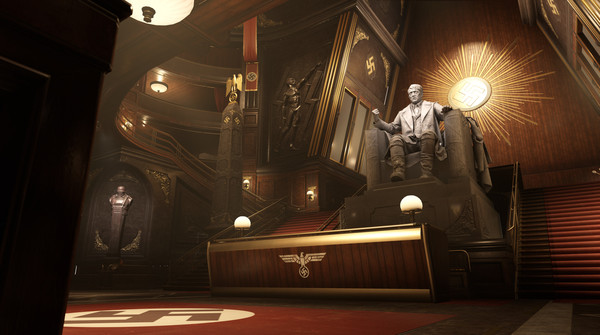 "No, but of course it's in some way political since we have Nazis in the game, right? In a way, it also has a political message because for us and how we portray the Nazis, Hitler and the Nazi regime is the evil of the world. They've taken over the world, and they have been pushed back to some extent in this game, but they still symbolize what is evil and you are the protagonist who fights that evil. So in that sense, it's political because it's a message about freeing the world from that evil.

There are many things you can say are political nowadays. But when we write the stories of our games, we don't really think about it as a political message. We just write the story we want to tell. But we don't shy away from it if we notice that there are elements of [politics] in there. And hopefully that goes for other games as well."

I had to follow the link to see if the guy's name really is "Jerk Gustafsson".

I don't want politics in my games especially the NPC kind.

Yeah, it's not like our government is keeping people in cages, separating families who seek asylum and starving people to death because of what they look like ..um...

Well, it’s actually because they’re committing a crime, but it still shouldn’t be happening anyway. Imagine doing that to someone for stealing a loaf of bread. How is that not cruel and unusual punishment?

Not a fan of games that involves politics. If anyone does, that’s good.