Mr. Mime's design got a fifth finger after parents complained of an unintended Yakuza connection 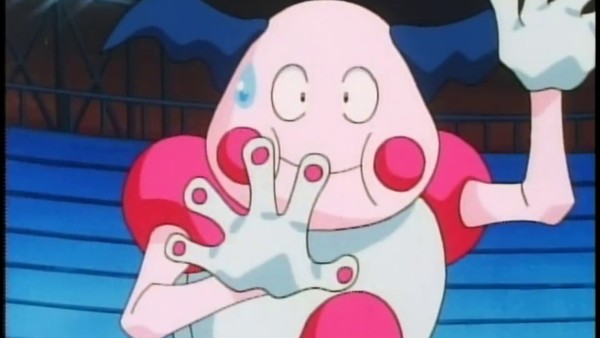 Here's an odd bit of Pokemon trivia for you that you might not know. Mr. Mime's original design sported 4 fingers, much like many other cartoon characters out there. This was his design in the original games, promo artwork, and more. This ended up getting changed though, as there was a bit of a backlash to the design in Japan. A number of Japanese parents ended up complaining about Mr. Mime not having a fifth finger, as they saw this as being associated with the Yakuza.

For those who don't know, the Yakuza participate in the act of cutting off one's pinky, which is called yubitsume. Yakuza gang members are expected to cut off their pinky fingers to show remorse for an offence that they have previously committed. After cutting a portion of the pinky off, the gang member wraps it, and presents it to his boss.

Game Freak obviously didn't choose this design path for Mr. Mime as a way to pay tribute to the Yakuza, but they decided to change the design anyway and stop any further complaints.

For those unaware of how big a deal this is in Japan, multiple American children's shows have been edited there to ensure the characters have five fingers. Even the stop motion show Bob the Builder was digitally edited this way.

Yeah, they would have to take that allegation of connotation pretty seriously. Almost as seriously as they'd take all PR in general.

For those unaware of how big a deal this is in Japan, multiple American children's shows have been edited there to ensure the characters have five fingers. Even the stop motion show Bob the Builder was digitally edited this way.

So I guess you could say they gave Mr. Mime the finger.

Interestingly enough, the 4 fingers persist all way into Gen 3 sprites with Ruby and Sapphire. The fifth finger being added in FireRed and LeafGreen.

As a child, I always wondered why Mario has five fingers as opposed to most other cartoon characters. This might be an answer.

It's hilarious how the inverse is true in the US; how many characters are designed ensuring they only have four fingers so they could not be drawn (by a rogue animator or by parodies I guess) flipping the bird.

Associations with the Yakuza are definitely taken seriously in Japan. My understanding is there are bath houses and other business that ban tattoos because they don’t want to be thought of as associating with Yakuza. It’s probably part of the reason why tattoos are not as common in that country.

Yeah! At first I thought it had something with hygiene to do, but heard later that it was the Yakuza thing. Think also that migt be why they are so hard on drugs.....Like the voice actor from the last Yakuza game getting jailed and basically deleted from the game (new VA, his name is gone from the game etc). They have a damn fascinating language though.

It's funny because there are still a ton of Pokémon with four fingers like Poliwrath. There's a lot of Nintendo characters with four fingers too like Yoshi. I guess it's because Mr. Mime is close to being human but Poliwrath and Yoshi are more like animals.

Ever since I learned about the Yakuza connection with four fingers many years ago, I checked to see what Japanese characters still have four fingers and which western characters were given a fifth finger, and the pattern definitely points to how human or animal they look. (I'm guessing it's in part due to the fact that some animals really DO have four fingers/toes.)

It's a bit murkier with anthropomorphic characters though. Mickey Mouse was given a fifth finger for Japanese stuff, but Itchy & Scratchy were not. And in a zig-zagged example, the Freedom Planet characters were originally drawn with four fingers per hand, but official art changed it to five fingers while they remain four-fingered in the game (and it appears to remain this way for the second game). And then we got Sonic the Hedgehog, the reverse, where he and all the other characters (sans Knuckles) are five-fingered in Japan but lost a finger per hand in American or European-originated media until recently.

Mickey actually still has four fingers. Japan tried to change it but Disney told them they couldn't. Disney is very strict about how Mickey looks. Interestingly enough, at this point nobody really complains about Mickey in Japan.

Anthropomorphic characters really are murky waters. What does Bowser count as? He has four fingers. I noticed Japan doesn't care as much with reptilian characters.

Huh, really? I could've sworn I saw a few of them...then again, I think you're right and I'm mixing up my information with something else. Disney definitely seems like the sort of company with the clout and money to do things their way.

This finally helps me understand the 4/5 finger animation difference between Japan and the US/other countries. As a kid I was always confused why most of our cartoons had 4 fingers and most of Japan's animation was 5 fingers. Very interesting.

If I rememebr correctly, this is also the reason why Abe has three fingers in Abe's Exoddus, as opposed to the very first game where he still had four.

But the Yakuza only cut the tips off.

If anything him missing the whole thing would mean he's less likely to be a mobster than all those suspicious 5 finger characters.

Has anyone ever measured Mario's pinky? 👀