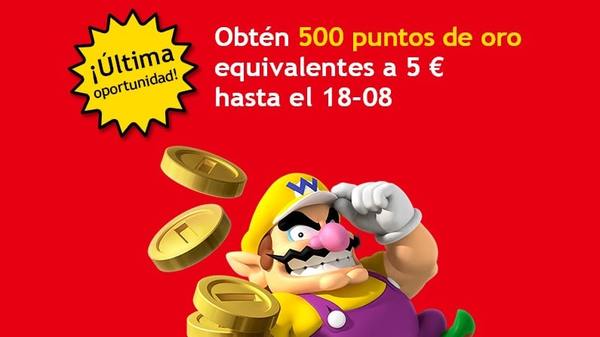 Nintendo of Europe is offering a special My Nintendo deal to select users in Spain. Some customers are being emailed an offer giving them an additional 500 Gold Points if they spend 20 Euros on the Switch eShop. The deal lasts until Aug. 18th, 2019, and applies to a vast majority of what's on the eShop.

Nintendo of Europe has sent out an email to some users living in Spain informing them that they could earn an additional 500 Gold Points by spending EUR20 or more on the Nintendo Switch eShop. The 500 Gold Points will be added to the users' My Nintendo account shortly after the campaign ends.