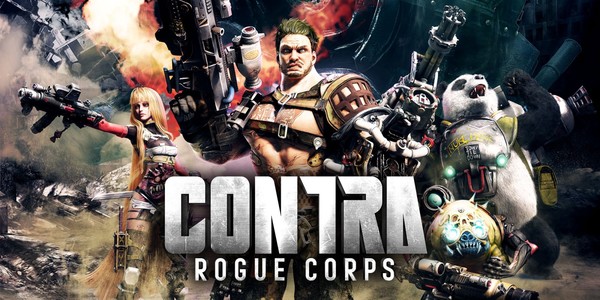 The majority of Contra games use a side-scrolling perspective, and then throw in a handful of levels that play with teh camera angle. Contra Rogue Corps spices things up by using a top-down view as the main camera. In an interview with Famitsu (translated by NintendoEverything), producer Nobuya Nakazato explains why this decision was made.

That’s right. Maybe it’s how overblown the whole thing is, or maybe just how flashy and kind of stupid it is. From the very first game there has always been the ability to play multiplayer, and we’ve brought that over to this one too. Here, though, as you can play with up to four players, we had to go with the top view so that the screen didn’t get too confusing.

In other games in the series there were both side and top views, but here it doesn’t switch depending on the stage. Instead, the camera seamlessly shifts for the best view. If the player were able to manually shift the camera it would give them too much to do and make it hard for them to concentrate, so we’ve made it so the camera automatically moves to the best viewing angle.

I'm sorry but this just isn't Contra imo. Blazing Chrome is a far better example of a new Contra game.