Disney+ will not be available on Switch at launch, no word on if/when it's coming 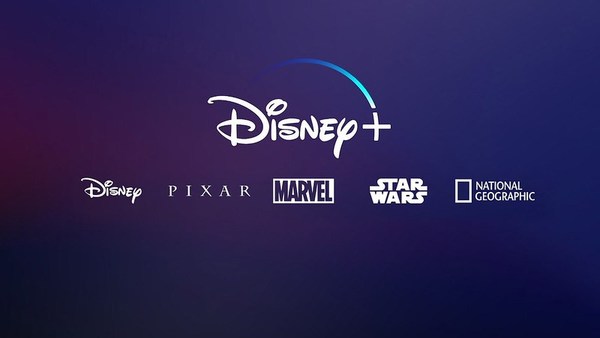 A few months back, Disney announced that they'd like to bring their Disney+ service to Switch. Today we have more details on what the streaming service will be available on when it launches Nov. 12th, and unfortunately, the Switch is not among supported platforms. The service will be on Xbox One and PS4 launch day, but sadly, we have no word on if/when to expect it to hit Switch.

Thanks to Steeldiver for the heads up!
Submitted by: steeldiver
Source: Link
Rating: -11

See this is unfair. Why are Nintendo fans getting a big slap on our faces while others are getting the service? Disney has not appeared on Switch lately except TsumTsum.

From what I hear, Disney and Nintendo are not on very good terms. I don't know exactly why, just that it's been that way for a long time. (It may be just as simple as Disney not believing they could get a good foothold of the Nintendo market due to the large overlap. That is, Disney's people may think that Nintendo's existing player base means little room for Disney to come in. That Epic Mickey and Epi Mickey 2 didn't sell as well as they hoped would reinforce that idea.)

It's too bad. On my Smash Bros. wishlist is Sora from Kingdom Hearts, but I know that's not going to happen. We will sooner get Popeye than Sora.

I guess that explains why Gargoyles was terminated on SNES...? Disney is SO CRUEL!!! Why can’t they adopt Sonic so he can stay there forever!

I use my Switch to play games. I use my TV to watch programming. While I know some would like this app, I am not sure it is worth taking up the limited space of the internal memory or SD card.

I don't get how it's supposedly so hard to put a streaming app on the Switch... Hulu seemed to manage it just fine, why can't Disney or Netflix?

I don’t really care about streaming services on consoles. It was cool then TVs and phones got them. It is easier to just watch it on my smart tv than boot up a console to do it. Or just watch on a tablet or phone with more battery. Nintendo was smart not adding the services.

While I too have absolutely no use for these apps on a console, I would argue that it's always better to have more options.

Best comment from SIAVM right here. This guy gets it.

I fail to see how Nintendo not having the streaming services other consoles have is "smart". Classic Nintendo fan and their hate for OPTIONS. Just because YOU dont see the value in it doesnt mean other Switch fans dont. Yes you can get streaming services on a variety of different applications but not everyone has/can afford a smart TV or owns another console other than the Switch.

I for example am super excited for Disney+ (mainly due to the MCU content and classic Simpsons episodes). But I dont own anything I can watch it on other than my Switch and my phone. I do not have a Smart TV, and my PS4 is in another room constantly being used by other people. Im sorry I dont want to watch brand new MCU content on a tiny ass phone screen when I can watch it on my Switch in docked mode.

Honestly I dont even think its Disney but Nintendo. We've heard rumors that Netflix has had the Switch app ready since damn near launch but Nintendo wont release it. Its no coincidence that the Youtube and Hulu apps launced almost exactly a year apart from each other. I think Nintendo is trying to slowly trickle out the multimedia apps 1 a year for whatever reason that I will never understand..

If Disney Plus appears on Switch, I will subscribe to it.

As I still have a normal HDTV that isnt a smart TV, I tend to use my Switch for Youtube, rather than my phone or my computer, because it's easily viewed by others. It's a shame that Amazon, Netflix, VRV, and not Disney+ aren't on Switch. My Switch would be used for 12 hours a day if these apps were on there.

Who wants to bet that like with Netflix (at least, a few years back when people were talking to the Factor 5 guys) it's Nintendo rejecting it for whatever silly reason they have for allowing YT and Hulu but not the other apps?

Animal Crossing: New Horizons will allow you to move users and save data to another Switch "later this year"
Feb 21, 20:11 by enthropy
Mortal Kombat co-creator says having the series represented in Smash Bros. Ultimate would be 'a really cool thing to see'
Feb 21, 20:11 by tmtigran Feb 21, 19:25 by jd
The Legend of Zelda celebrates its 34th anniversary
Feb 21, 19:39 by pajob
Shin'en discusses why they went with voxels for The Touryst, and playing with the "absence of things" to create a special look
Feb 21, 19:36 by pajob
Musician St. Vincent says she's put 300 hours into The Legend of Zelda: Breath of the Wild
Feb 21, 19:28 by kendricklamario