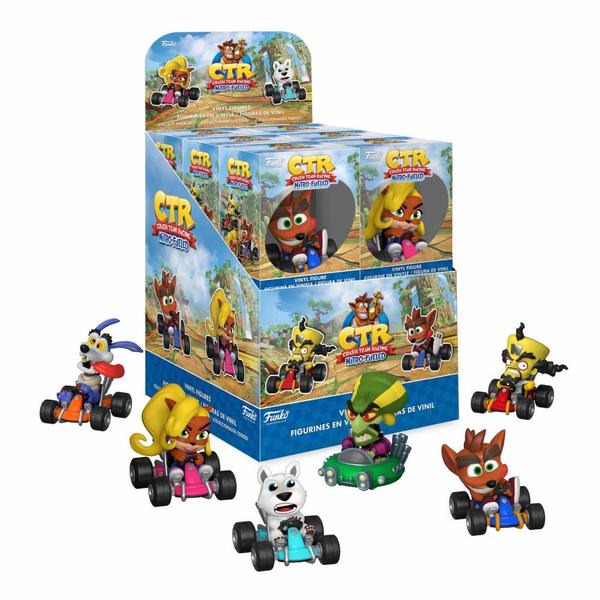 If you want to get your hands on these vinyl figures from Funko, you'll have to wait until Nov. 6th, 2019. Plop down some cash on a preorder here.

Funko Bad. Give me thumbs up.

I don't like their POP! line much, but the other stuff they make is usually not half bad. The only bad one I've bought are the Zootopia blind boxes.

They've been the ones putting out the highest quality MLP Friendship Is Magic vinyl figures, for instance.

Actually, Hasbro themselves and Kotobukiya take that title with the Fan Series (sadly now out of print) and the bishoujo human-version figurines respectively. Funko stopped making figurines in 2015 or so and it was always the same idle figure with the same expression. That being said these do look good.

I suppose. I got a bunch of Hasbro's own blind bag ponies and they just had the same few templates for the longest time (and Fluttershy was a palette swap of Rainbow Dash). Funko's blind box ponies were always a step or two above in quality. The Fan Series were amazing, but I didn't know it was made by Hasbro. I've seen the Kotobukiya ones, and you're right; they're very good, but they're also very expensive.

I collect the plushes, and I will say Hasbro's in-house plushes are terrible. The best ones come from Aurora and Olyfactory. (The latter also does a lot of the more obscure characters.)

You can't really trust the images given out by toy companies for marketing, unless they're high end stuff. I do hope these ones will look good when they're available, but I was burned by the Zootopia ones prior. 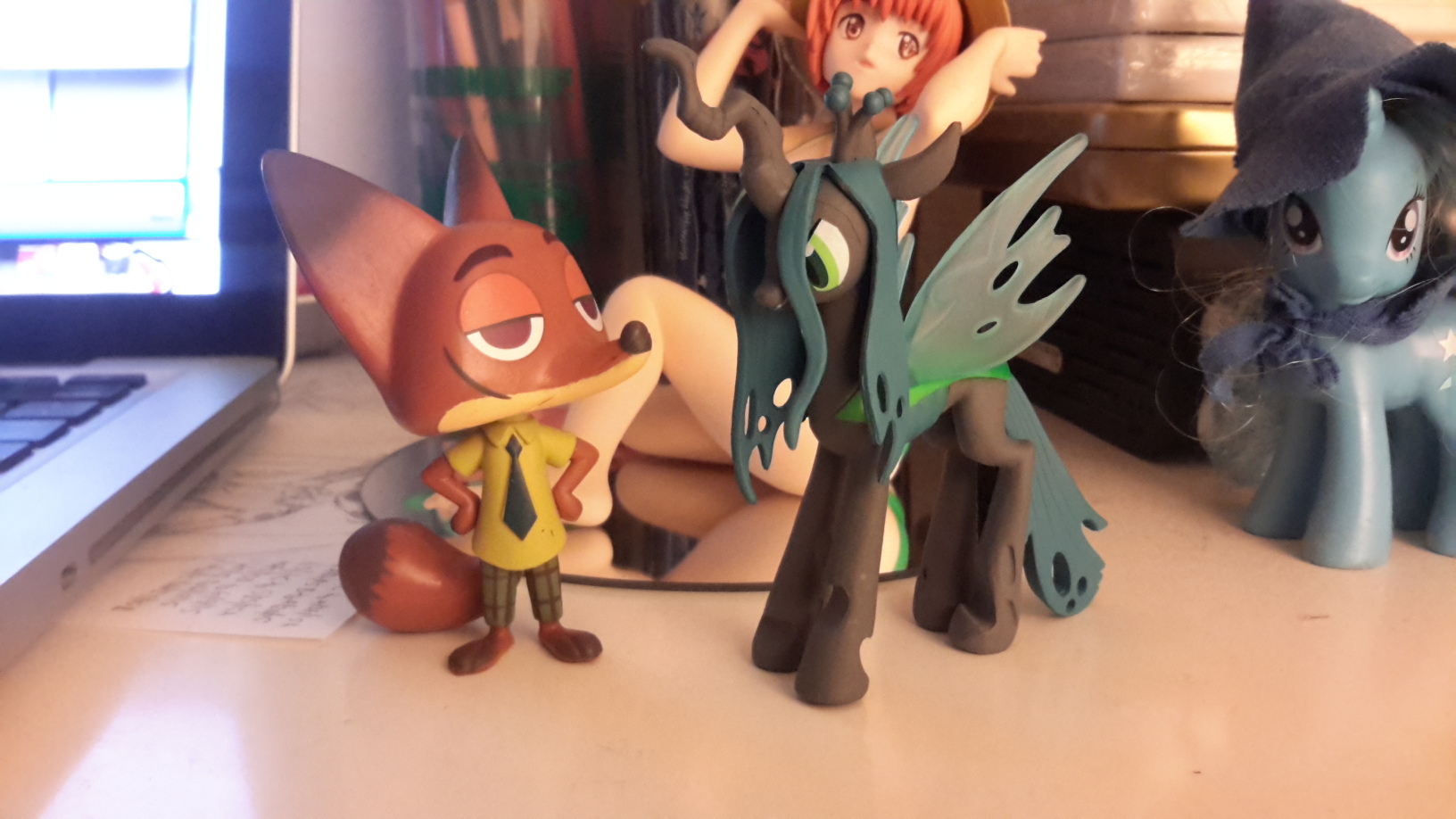 This was the best shot I could muster--despite how Nick's tail is supposed to form a tripod with his feet so he can stand, he kept falling over anyway. This is also the only angle in which Nick's appearance makes any sense.