Well, it's certainly a unique bunch of fighters! Looks like yesterday's leak of the Kombat Pack fighters was indeed spot-on, as were the original leaks of who would be added to the game as DLC. A 50/50 split of characters from the Mortal Kombat franchise, as well as other heavy-hitting pop culture icons. Check out the release dates for the remaining characters, and some profiles below. 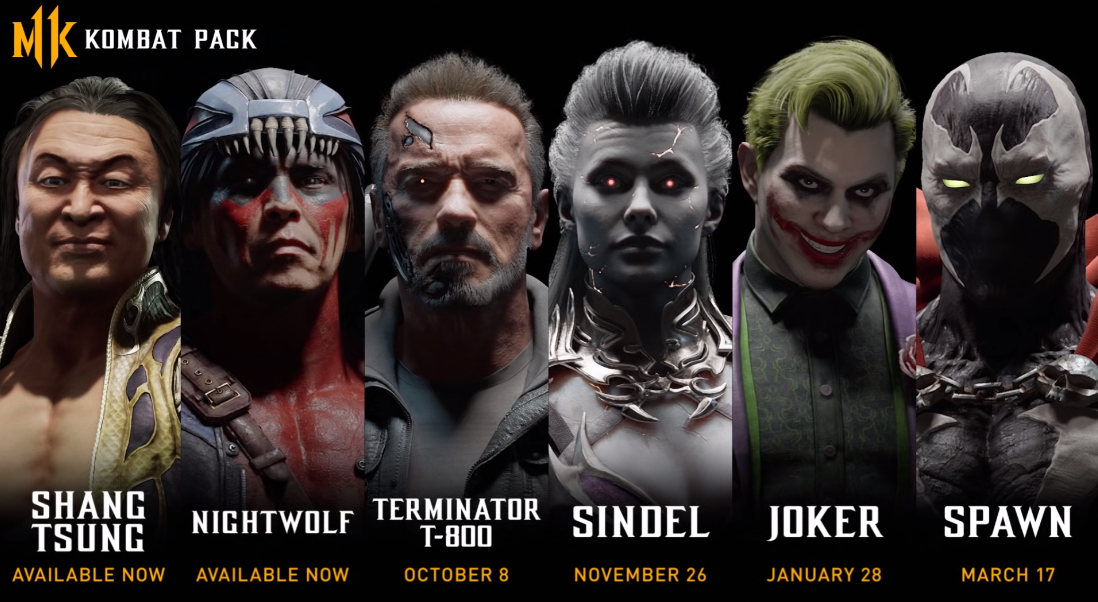 The Terminator T-800 from “Terminator: Dark Fate” is a cyborg assassin, sent back in time from a post-apocalyptic future. He is nearly indestructible and possesses superior technology, fighting skills and artificial intelligence capabilities making him the ultimate killing machine. The Terminator T-800 in Mortal Kombat™ 11 will feature the likeness of actor Arnold Schwarzenegger.

DC’s The Joker is one of the greatest Super-Villains of all time and a popular culture icon. Ruthless, incredibly dangerous and reveling in creating chaos, The Joker brings a deadly and unpredictable combat style to Mortal Kombat™ 11.

I see Mortal Kombat is copying Smash by also getting Joker. Bunch of copy cats.

Notice they say it'll have Arnold's likeness but not mention its voice :|