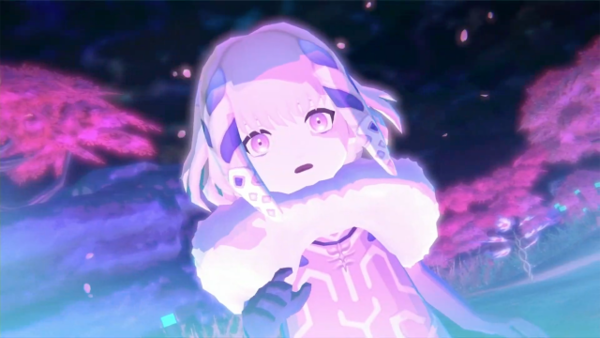 ONINAKI (SQUARE ENIX, 22nd Aug, £44.99) - The new Action-RPG, ONINAKI tells the story of one Watcher on a journey to protect Life, after Death. ONINAKI features exciting hack and slash style battles, with deep customization of your daemons and weapons. Experience unique action gameplay combined with a deep and satisfying story.

Snooker 19 (Ripstone Publishing, 23rd Aug), £29.99) - Play in every officially licensed tournament as any of the top 128 players in the world including: Mark Selby, Ronnie O’Sullivan, Ding Junhui and legends of the sport like Ken Doherty and Jimmy White. This is the most authentic simulation of the sport ever created, with TV-style presentation and commentary, true-to-life physics and advanced artificial intelligence.

SUPERHOT (SUPERHOT, 19th Aug, £17.99) - Blurring the lines between cautious strategy and unbridled mayhem, SUPERHOT is the FPS in which time moves only when you move. No regenerating health bars. No conveniently placed ammo drops. It's just you, outnumbered and outgunned, grabbing weapons off fallen enemies to shoot, slice, and maneuver through a hurricane of slow-motion bullets. With its unique, stylized graphics SUPERHOT finally adds something new and disruptive to the FPS genre.

RAD (BANDAI NAMCO Entertainment, 20th Aug, £15.99) - RAD is a 3D action rogue-like set in a post-post-apocalyptic world, where humanity has faced armageddon not once, but twice. Playing as a teenage protagonist, you must venture into the Fallow — an ever-changing, radioactive wasteland filled with unknown and unspeakable creatures. It is here that you will find the solution to heal the world, and transform the cracked, barren landscape into a lush source of new life.

IN-VERT (Victory Road, 20th Aug) - Distinct features of IN-VERT are it's hardcore approach to platforming genre with puzzle elements and unique art-direction. Game narrates the story of lone robot in search of his disappeared master. In his quest to find the long-lost friend, our hero has to conquer two universes at once, relentlessly switching between two dimensions. Be prepared for some tough puzzles, jumping sequences and retro graphics like you've never seen before.

Farm Mystery (Ocean Media, 22nd Aug) - The Happy Orchard Farm is trapped in a nightmare! People are disappearing into the mist that surrounds the town at night in this Farm Mystery. It's up to you to solve the chilling case of this haunted place. Search for clues, solve puzzles and play mini-games to uncover the secrets of the Happy Orchard nightmare. Will you solve the Farm Mystery?

Invisigun Reloaded (Sombr Studio, 22nd Aug) - Risk versus reward guides your journey through the full-length single player campaign and local/online multiplayer. Vigilance is key as environmental tells such as footprints and other disturbances will point out careless cadets. A massive amount of lovingly-made environments, maps, modes, and abilities – all obsessively balanced – combine for high replayability and a deep path to mastery.

Milkmaid of the Milky Way (Machineboy, 22nd Aug) - Experience a story-based puzzle game unlike anything you've ever played before! Raved by critics and players around the world, you play as milkmaid Ruth who lives alone on a remote farm in a faraway fjord. Then one day a spaceship arrives and turns Ruth's life upside down, sending her on a quest that will change her life forever. Milkmaid is a modern take on a much loved genre from the 90's, the point'n'click adventure game. Solve puzzles, explore intriguing settings and experience a gripping story that twists and turns.

Mr Blaster (Forever Entertainment, 22nd Aug, £1.61) - This fast-paced, casual game is set in the colorful cosmic environment with incredibly fun ragdoll physics and easy, well-known mechanics - with a twist! Join a space adventure and take aim at your enemy, shoot with precision and dodge their attacks - with random encounters like flying satellites or asteroids making things more interesting!

Path of Sin: Greed (Artifex Mundi, 22nd Aug) - A rookie inspector on her first assignment and her experienced copartner arrive at the scene – a luxurious island in the middle of the ocean owned by a young millionaire, who wants the matter concluded as quietly as possible. The question in this case appears simple enough: was a security guard's death a suicidal plunge, or maybe an unfortunate fall? The residents of the island - the Bradford family - at first seem cordial and beyond reproach, even shocked by the death of a friendly employee. But upon closer inspection it becomes clear that they harbor animosities and deep hidden motives. The more you delve into this secluded island and the twisted family relations on it, the more complicated and unclear the matter becomes. A seemingly routine case turns into a tale of machinations driven by greed and a suicide investigation reveals multiple murders. Is anyone innocent? Will you be able to predict the assassin's next step?

SEGA AGES Puyo Puyo (SEGA, 22nd Aug) - Return to the game that started the successful Puyo Puyo series, one of the most celebrated games in Japan. Strategically stack Puyos to chain your combos while sending devastating Puyos to hinder your opponent. First to clear the screen wins! Revived for Nintendo Switch™, experience a new spin on classic Puyo Puyo with online network battles, rankings, and reverse rotate control.

SEGA AGES Space Harrier (SEGA, 22nd Aug) - Goal: Destroy all enemies. Harrier is in a constant state of motion as he traverses the Fantasy Zone. Can he eliminate all evil, supernatural beasts in order to save Dragon Land? Use your jet laser cannon to shoot while dodging obstacles. Can you beat all stages and reach the end? Play SEGA AGES Space Harrier today!

Mekabolt (Ratalaika Games, 23rd Aug) - Players take the role of a theme park technician that needs to collect batteries to repair the haywire robots. With your handy Mekabolt, use the out of control robots to your advantage to overcome obstacles and obtain the batteries across 100 puzzle platforming challenges. Shoot your trusty Mekabolt to deactivate the robots, use them as platforms, ride them to new heights, and burn pesky underbrush to reach the battery at the end of the stage. The robots can be manipulated to help you reach your goal. Watch out for dangerous traps, waiting to impede your progress. Only you can save the day!

Everdark Tower (KEMCO, 22nd Aug, £3.14) Too many games in the dusty shelf waiting to be played? No problem, this pocket-sized RPG provides you an adequate experience! Here you go an adventure packed with emotion and accomplishment! One day, the time has stopped across the world. Invited by a girl seeking help in the dream, you will be heading for the Curren Town. Solve the mysteries of the clock tower which marked the first passage of time in history, and retrieve the time!

I'll be playing through the DQ demo today. I tried the Oninaki demo, but the lack of English VA put me off.